This new feature skips the NFC chip and uses barcodes, instead.

The iPhone 5 release is being seen as yet another Apple success and although the technology manufacturer has turned up its nose at near field communication it has still taken an important step forward in mobile commerce.

Instead of NFC, it has opted to create its own type of virtual mobile wallet.

These new devices feature faster wireless technology and a larger screen with better overall performance, but they also have the latest Apple iOS 6 operating system, which includes the Passbook feature.

Passbook is the mcommerce core of products with the iOS 6, like the iPhone 5.

This is because the Passbook mobile wallet feature gives consumers the ability to eliminate the use of physical cards and tickets in favor of barcodes. This means that iPhone 5 owners will be able to use their mobile devices as film tickets, for coupon redemption, as boarding passes, and to replace loyalty cards. Other transactions will be possible, as well.

However, as grand as this scheme seems to be, there are still only a small number of third party companies that have expressed a willingness to add this service to their acceptable transactions. So far, these include Live Nation, Ticketmaster, Fandango, and Lufthansa.

The latest mobile commerce news, however, is that American Express has shown some interest in joining Passbook, and that this could occur in the not too distant future. This could mean that the mobile wallet would finally have the support of a major credit card that it has been seeking. Before the end of September, the deal may close, along with another important arrangement with Starbucks coffee shops. 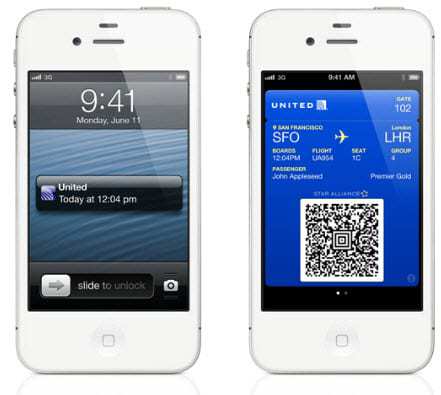 Starbucks has proven itself to be one of the most successful companies in mcommerce channels, and is commonly used as an example of the ways in which strategies for smartphones should be put into place for the best results.

The introduction of American Express to Passbook, however, will mean that purchases will be able to be made with the devices in a much broader range, as opposed to limiting them to only a handful of very specific companies. The future of Passbook’s prosperity will likely depend on partnerships such as this one.