The retailer will soon be selling lamps, tables, and desks that will keep gadgets charged up.

The international furniture giant, Ikea, has now announced the launch of a new type of high tech furniture that it will be releasing in Europe and the United States, which would provide owners with a method of wirelessly charging their mobile devices.

These furniture pieces have been designed to make it possible for gadgets to recharge their batteries without cables.

This new Ikea furniture collection will be built with Qi wireless technology built into it. This means that when mobile devices are set down on or near the furniture with this tech, their rechargeable batteries can be filled back up again. According to Jeanette Skjelmose, the business area manager of lighting and wireless charging at Ikea, “Through research and home visits, we know that people hate cable mess. They worry about not finding the charger and running out of power.”

This could make it much simpler for people to be able to recharge their mobile devices, at home. 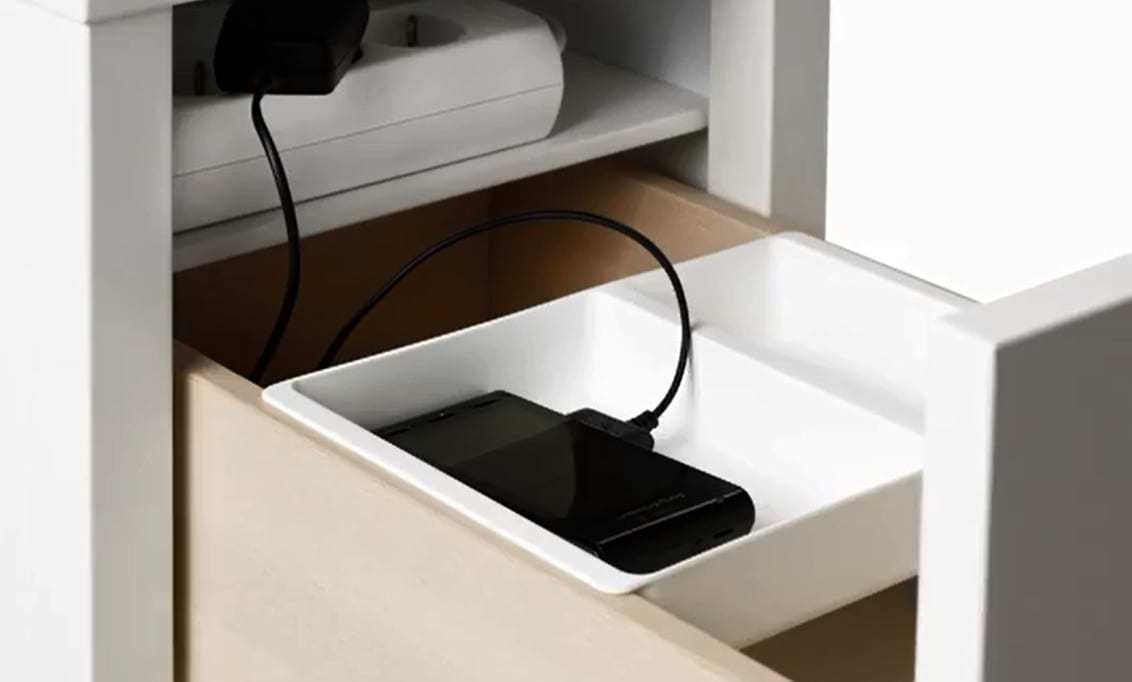 Skjelmose went on to explain that Ikea’s new and innovative mobile gadget solutions that are bringing wireless technology for charging into various pieces of furniture and lighting, “will make life at home simpler”.

This is, according to Skjelmose, a part of a broader effort to provide truly new and innovative solutions that integrate themselves well with home furnishings. These items, which include lamps, desks, and bedside tables, will be making their way to North American and European stores in April, but according to Ikea, it does intend to roll them out globally, in the future.

People in the tech and furnishing industries are starting to see this as a trend with the potential for a great deal of success. A technology industry analyst named Jeff Kagan explained to AFP that this remains a very early time for the tech and furniture industries to blend together, but that he believes that the next thing will be for “every other furniture maker to jump on this same bandwagon.”

In a year in which the latest mobile devices looked as though they were headed for wearable technology and further expansion of smartphones and tablets, furnishings that can help to keep those gadgets charged up could prove to be highly appealing to consumers.