Huawei has partnered with Gentle Monster for its upcoming designer wearable glasses.

Huawei smart glasses are expected to be out later this year, according to the company, which announced its wearable eyewear at the recent Huawei P30 launch event. The Chinese smartphone manufacturer revealed that the new designer shades were developed in collaboration with popular South Korean luxury eyewear brand, Gentle Monster.

Unlike other smart glasses on the market, the Huawei wearables won’t feature cameras.

The yet-to-be-released Huawei smart glasses reportedly don’t have any cameras according to Gentle Monster’s CEO Hankook Kim. Instead, the focus is on fashion. The lack of cameras allows the glasses to look more like regular sunglasses.

Kim, who introduced the glasses at the Huawei P30 launch event, drew attention to the fact that unlike other smart glasses on the market, Huawei smartglasses are attractive and look like normal glasses.

The Verge reported that he even commented on Snapchat Spectacles, saying, “How many people want to wear this as we meet our friends or lovers?”

Although a definite knock against Snapchat’s wearables, Kim has a point that most of today’s smart glasses suffer from a clunky design, due to all the hardware components needed to support cameras, etc. The result is that they aren’t very fashionable and fail to look like natural sunglasses or corrective optical eyewear.

That being said, some speculate that the reason the company has gone camera-free with its glasses is to avoid any potential privacy scandals.

The Huawei glasses will be stylish yet still functional.

That being said, the glasses are equipped with dual mics and speakers and also give users access to a voice assistant. To answer a call or access the voice assistant, wearers of the tech need only to tap the temple of the glasses.

Other details that have been released about this product is that they are IP67 dust and water resistant, can charge via the USB-C port or wirelessly though the glasses case, which has a 2,200mAh battery. 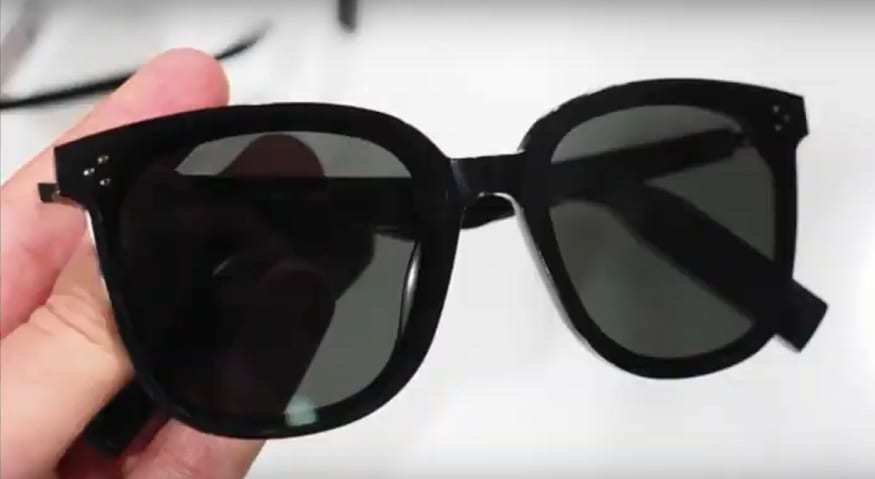 There is no word yet on how much these Huawei smart glasses will cost. That said, they will reportedly be available in several models and are estimated to be released sometime in June or July of this year.