Samsung isn’t the only one to release a foldable smartphone-tablet device.

Huawei, the Chinese telecommunications equipment and consumer electronics manufacturer, has unveiled its Mate X foldable phone. The company seeks to challenge other big-name players in the market, including Apple and Samsung, the latter of which recently showed off its foldable phone, the Galaxy Fold, at its Galaxy Unpacked 2019 event in San Francisco, QR Code Press reported.

Images of the Huawei phone were accidentally leaked on the eve of the MWC Barcelona.

Just before the start of the MWC (Mobile World Congress) Barcelona on February 25, which is a four-day showcase of mobile devices, images of Huawei’s Mate X foldable phone were accidentally leaked, revealing the device prior to the official intended reveal that was to be at the event during Huawei’s press conference.

The mobile device, which can be used both in a smartphone and tablet mode, has been designed to support both today’s superfast networks and ultra-fast next-generation mobile networks in the years to come.

“This phone is not only for today for 5G but also for future 5G,” said Richard Yu, head of Huawei’s consumer business group, at a media lunch, reports Global News. “On all the benchmarks you can see the performance, the speed is the fastest for 5G in the world.”

The Mate X foldable phone is expected to go on sale mid 2019.

The Mate X is Huawei’s answer to bringing bigger innovation to the smartphone industry, according to Yu. It is the answer that will satisfy smartphone users who want a bigger screen and a longer battery life.

When unfolded in tablet mode, the Mate X’s screen is 8 inches of edge-to-edge display, the size of a small tablet. The device’s hinge does not leave a gap when shut. The device is also very light and thin. The device can also reportedly run between two and four apps side-by-side when it’s in tablet mode as well as allow for a user to download a 1 gigabyte movie in three seconds. 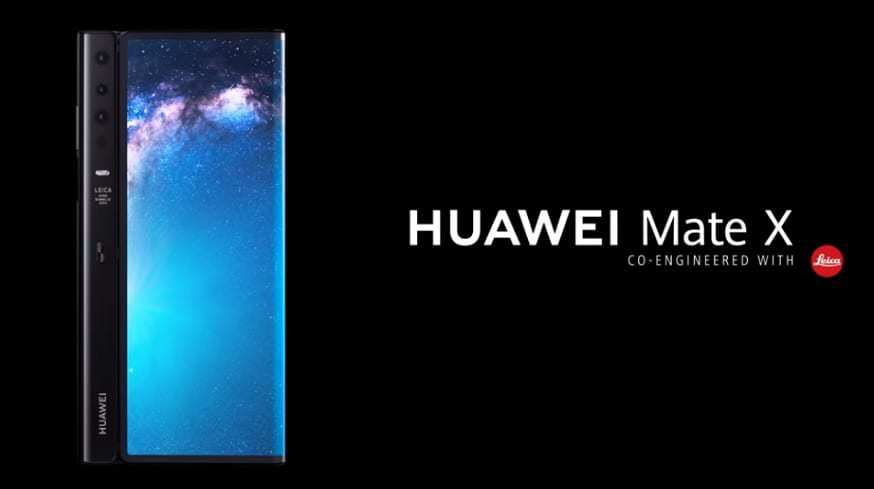 The Huawei Mate X foldable phone is expected to be available for purchase by midyear and will sell for €2,299 ($2,600), which is substantially more than the Galaxy Fold US starting price of $1,980.