Once upon a time, the web was sold to us as a place of anonymity, where we could assume whatever identity we pleased, and where our activity was known only to ourselves. However, now we know better. As things have turned out, the internet is one of the most public places in the world.

From government agencies organizing mass surveillance, to cybercriminals seeking your personal details and marketers trying to understand every action you take, eyes seem to be everywhere. But few of those viewers have the range of vision available to Internet Service Providers (ISPs).

Should you be worried about your ISP tracking your internet browsing?

ISPs have always been in a privileged position regarding web traffic. After all, when you browse a web page, you don’t just connect your computer or smartphone to the server containing that page. You have to be routed there via your ISP. And it’s when data is routed to its destination that ISPs have maximum snooping potential.

In the past, this hasn’t always been a major concern. While we might have been uncomfortable with a company passing on every byte of our data, there was little evidence that ISPs were doing anything with it. But that doesn’t seem to be so clear any more.

For instance, changes to data laws in the United States are likely to give ISPs the power to collect, organize and sell your data to third parties. The data we create regarding buying habits and personal preferences is marketing gold dust, so it’s not surprising that ISPs are keen to cash in.

We also know that many ISPs routinely keep logs of user activities. For instance, ComCast are known to keep logs of every user to downloads a file via Bittorrent for six months. Verizon keep an undisclosed amount of IP address data for as long as 18 months, as do QWest. Basically, they all collect data, even if they don’t include it in their marketing materials.

Then there is the issue of government-corporate collusion. The Snowden revelations about the National Security Agency included information about ISPs providing back doors for spies to access mass surveillance data under a program known as PRISM. Companies like Verizon (the US’ largest wireless internet provider) worked hand in hand with the state without informing lawmakers and the public. Are we comfortable with these companies continuing to see everything we do online?

If you are one of the millions of people who are concerned about how to hide internet activity from ISP companies, you have a number of options. In fact, ordinary web users are far from defenseless when it comes to strengthening their online privacy, and most of these techniques are relatively easy to implement. Let’s find out more about them.

If you use Google Chrome, Firefox or Microsoft Edge a good first step is choosing to browse in Incognito Mode whenever you are worried about tracking. This will make sure that information such as your internet history, cookies and DNS logs are wiped as soon as you leave the browser. This is mainly intended to secure your activities against local snoopers, it also makes it harder for external attackers to watch your online movements. But remember that it’s a first step, and far from a solution to ISP tracking.

Another handy browser based technique is to install add-ons which encrypt your data via HTTPS (instead of standard HTTP). With extensions like HTTPS Everywhere you can ensure that the sites you visit are kept in encrypted format, making them much more difficult for ISPs to decode.

Route your data via a proxy

Proxies allow users to route their traffic through servers that could be in a completely different part of the world. They work by assigning you a new IP address, not unlike VPNs (see below). As such, proxies provide a level of anonymity against ISPs with lax surveillance systems. But they fall down in terms of encryption. Nothing that does through a conventional proxy will be encrypted, making them very susceptible to tracking.

If you want to take a real leap towards online privacy, heading into the Dark Web could be the way to go. The TOR browser is an updated version of Firefox which allows access to the internet’s underground and makes your online path much harder to track. It does so via a form of IP address anonymization supplied by the SOCKS protocol, which is similar but not quite as secure as VPN protocols. TOR offers much more protection than simple browser add-ons, routing traffic via its own secure network. But when traffic emerges from that system via “exit nodes”, it can be vulnerable. Moreover, due to issues relating to criminal activity, TOR has a poor reputation among law enforcers, so if you are caught using it, you are much more likely to arouse suspicion. Still, it’s better than nothing when hiding from ISP snoopers, that’s for sure.

Use VPNs on every device

The best way to hide internet activity from ISP providers is to install Virtual Private Networks on all of your devices. A VPN will create 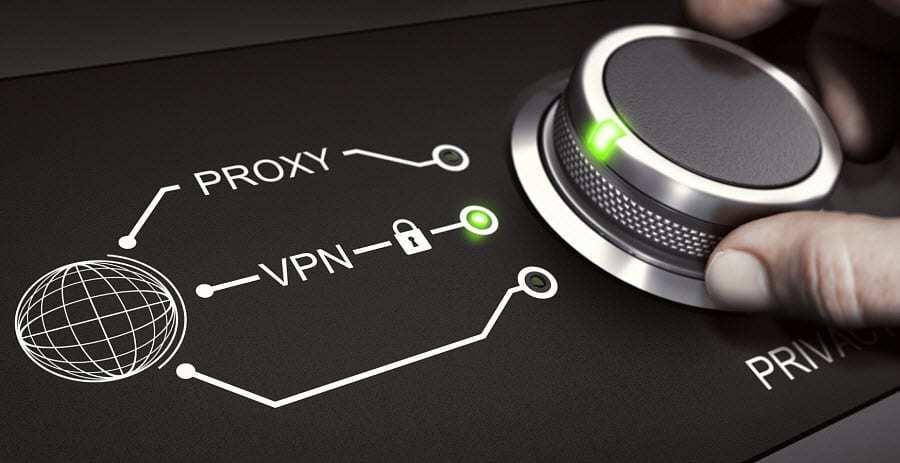 encrypted “tunnels” between your devices and web pages, while giving you a completely new online identity by scrambling your IP address. Ideally, they don’t log the sites you visit or who you interact with, although some do. So double check when choosing a VPN that they don’t routinely log users’ activity.

The combination of IP address anonymity and solid encryption gives VPNs the edge when it comes to evading ISP tracking. So if you are concerned and want to stay hidden on the web, finding a reliable VPN partner is a no-brainer.

Find yourself a reliable VPN.