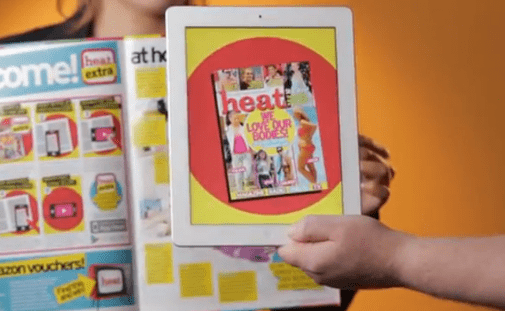 Engine Creative, a digital advertising firm, has been tapped by Heat Magazine to create its first augmented reality issue. The augmented reality magazine will be connected to the launch of the new Heat TV channel. The special issue of the magazine features a number of augmented reality features that are designed to engage readers. Heat believes that the use of augmented reality will provide readers with an enjoyable experience they will not soon forget and help direct attention to the company’s new broadcasting venture.

Augmented reality magazines are becoming an increasingly popular issue throughout the publishing industry. While much of the publishing industry has struggled to keep the interests of consumers high in the advent of technology, magazines have been able to fare well. Consumers have shown a great deal of loyalty to many magazines spanning a wide range of interests. Nonetheless, magazine publishers are looking to draw in new readers and more have begun to turn to augmented reality to accomplish this goal.

Interactive technology may be the key to keeping consumer interest high

The augmented reality magazine will feature an interactive treasure hunt, which will task readers with finding the new Heat TV icon that is hidden in the pages of the magazine. Readers will be able to win a variety of prizes through the interactive treasure hunt. Heat expects that the campaign will expose readers of the augmented reality magazine to the Heat TV channel.