A mobile game that can be played on WeChat allows players to sell virtual food to help poverty-stricken communities.

The Happy Famer game was released in June 2019 as part of a joint effort between the Ministry of Finance’s poverty reduction office and Tencent’s messaging platform WeChat. The mobile game lets players grow and sell virtual food. Players can earn credits through selling their virtually grown products or by watching in-game adds. These credits can then be used to purchase real goods produced by local farmers in poor counties.

The game is set on virtual maps of actual farmland in real poverty-stricken counties in China.

According to Inquirer.Net, The Happy Farmer game is set on virtual maps of farmland in real poverty-stricken counties, including Yongsheng county in Yunnan province, Fenxi county in Shanxi province and Pingjiang county in Hunan province.

More specifically, the credits that players earn can be used as discount coupons in the game’s market section to purchase real food, such as fruits and rice, that are produced by the local farmers in those counties.

Additionally, all the advertising revenue and the income from selling produce through the game will reportedly be used to support combating poverty in these counties. All the virtual product in the game are a representation of actual local specialties that are produced in these regions. Descriptions and photos of these products can also be viewed in the game.

Players also have the option of sharing a link to these local specialty food items with three friends and can form a group to buy these products to help the farmers. What’s more, players can view a real-time report that will tell them how much they have contributed to help these counties combat poverty.

The Happy Farmer game is part of the government’s innovative way to help fight poverty in the nation.

China wants to abolish poverty in the nation by the end of 2020. Over the past couple of years, the country has been making leaps and bounds in pulling people out of poverty. Last year, China helped 13.8 million people in rural areas out of poverty, dropping the number of impoverished rural residents from 98.9 million in late 2012 to 16.6 million by the end of 2018. 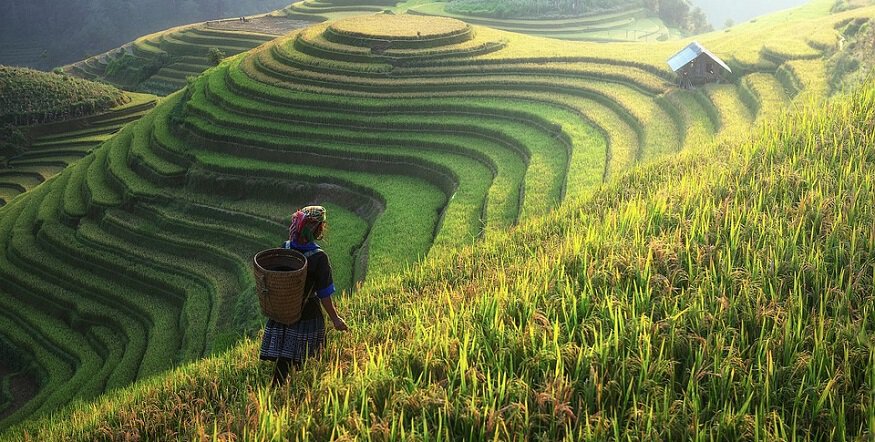 In an effort to reach its 2020 goal, the government is seeking out innovative ways to improve their efforts. The Happy Famer game is one of these efforts.