Gemalto, a leading digital security firm, and Tapit, a mobile commerce firm, have partnered to launch a new mobile payments platform that is designed with simplicity in mind. Mobile commerce has become popular with consumers because of its convenient nature, but a growing number of platforms are becoming quite complex. Simple solutions could help accelerate the adoption of mobile payments among consumers and businesses alike.

The new platform, which is called Tapit and Buy, allows users to tap their smartphones against a poster or the packaging of a product in order to make a purchase. This is accomplished using NFC technology, which allows for the transmission of digital information over a short distance. Consumers will need an NFC-enabled mobile device in order to make purchases and use the new platform. Transactions made through the platform are charged to the user’s phone bill. Tapit and Buy will be making use of Gemalto’s Netsize billing system.

NFC has managed to gain mainstream support among consumers and businesses 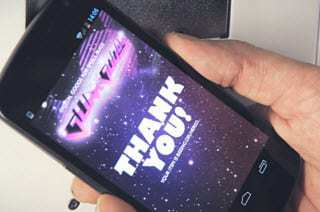 Tapit notes that the use of NFC technology creates a frictionless experience for consumers. NFC technology currently makes up the majority of the world’s mobile payments infrastructure. The technology has been successful at handling mobile transactions with relative ease, but has become less popular as new services that are not reliant on NFC rise to prominence. In the past, the lack of NFC-enabled devices also slowed the adoption of mobile commerce, as many consumers were not able to participate therein.

New service will see an initial launch in the United Kingdom, breaking into other markets at a later period

Tapit and Buy will see an initial launch in the United Kingdom, where it will support small purchases for a certain period of time. Depending on the success of the platform, Tapit may opt to expand into new markets. Gemalto has helped make the platform as secure as possible in order to ensure the protection of a consumer information, which could be exploited for nefarious purposes.