The BBB cautioned that some scammers are using quick response codes with malicious links.

Despite how useful quick response codes became throughout the pandemic, fraudulent QR codes have arisen, and the Better Business Bureau is cautioning consumers to be careful what they scan.

The BBB Scam Tracker has recorded a rise in the number of people being mislead via barcode.

According to the Better Business Bureau’s data, its BBB Scam Tracker is seeing a rise in the number of scammers using fraudulent QR codes to mislead people. These barcodes are found in everything from social media to texts, flyers, menus, and snail mail advertising, among other places. To learn more about the subject in question, the individual is supposed to use a smartphone to scan the barcode. Unfortunately, con artists have been using the barcodes as a way to link directly to malicious social media accounts or to automatically launch payment apps.

Though there are many different kinds of scam, it’s the barcode they have in common. Therefore, the Better Business Bureau is encouraging consumers to be careful and to ensure they are receiving a barcode from a legitimate source before scanning it.

Many fraudulent QR codes look as though they are trustworthy, so it’s important to be sure.

The BBB Scam Tracker reported on a story in which one victim received a student loan consolidation letter containing a barcode that looked as though it would lead to the official government studentaid.gov site. However, the program itself was a scam. The barcode made it appear as though it had some legitimacy. Unfortunately, it did not.

It is also quite common for bitcoin addresses to be sent using the barcodes, making these black and white squares a central figure in many cryptocurrency scams. One victim received an Instagram message from a “binary and forex trader” offering an investment opportunity saying that once the victim used the QR code to pay the withdrawal fee through the Bitcoin machine, he could take advantage of the deal. The victim received an email soon after, indicating that a Cost of Transfer fee needed to be paid. “This is when I figured out that something wasn’t right,” he said in the BBB Scam Tracker report. 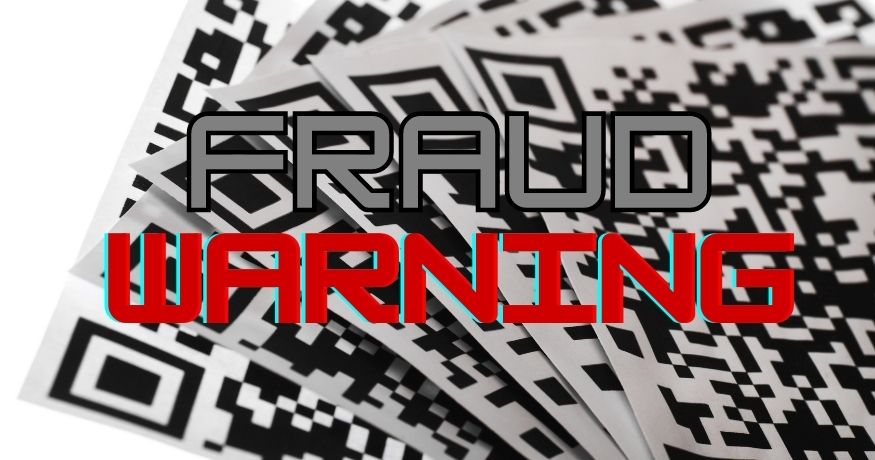 The Better Business Bureau isn’t suggesting that fraudulent QR codes are the only barcodes. That said, they are recommending that consumers be cautious before they scan and to take precautions when possible.