Virtual reality could help give these emergency workers with a head start without water, damage or smoke.

The entire world has been watching the devastation as Australia burns under record bushfires, but VR training could help to prepare firefighters for future events.

The risk of wildfires is rising with climate change trends and more trained responders will be needed.

The problem is far from unique to Australia. California has had record wildfires with intensities never seen before. Parts of Canada, other areas in the United States, regions of Europe, and South America – among others – have all been struggling with more frequent and intense fires.

This has placed the spotlight on the importance of being able to efficiently and effectively train firefighters that will be increasingly necessary in coming years. Some fire departments in the United States and Australia have been turning to VR training solutions to give their firefighters to-be a head start in their learning.

FLAIM Systems, a company based in Australia, created a virtual reality training simulator specifically for firefighters. The trainees don a virtual reality headset which immerses them into a scenario that could occur in real life. That said, many of these situations are too dangerous for real-world replication. Moreover, with the number of trainees expected to be needed in coming years, attempting to create the additional real-world scenarios would be challenging for financial, water, and waste resources.

This doesn’t mean that firefighters will no longer train in battling real world fires. It is important for them to experience carefully designed real fires in which they can learn against actual flames. However, the virtual reality systems make it possible for the trainees to experience a wider range of situations to which they may one day need to respond.

“The whole point of VR is that we can put people in a traditionally dangerous situation, let people make decisions, and let people make mistakes,” explained FLAIM Systems founder and CEO, James Mullins, as quoted in a CNN Business interview. 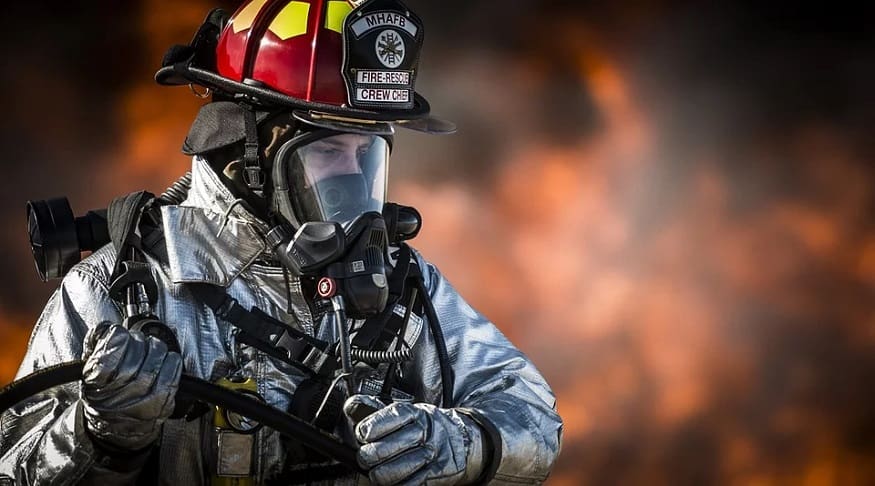 The VR training tech produces realistic representations of fire, smoke, fire extinguishing foam and water in different types of scene. These can include house fires, wildfires, or even on a plane.