This new tech was created to help improve the vision of veterans who are legally blind.

eSight, a firm that designs and makes a type of high-tech wearable medical vision aid device is working with veterans who are blind or have low vision. Their goal is to help those individuals to regain their independence through improvements in their sight.

Approximately 130,000 veterans in the United States are legally blind and over 1 million have low vision.

Blindness and low vision lead to decreased ability and independence when going about necessary activities every day, according to the US Department of Veterans Affairs Blind Rehabilitation Services. Last October, the eSight vision platform organization announced that their third generation sight-enhancing glasses, the eSight 3, received approval on the VA Federal Supply Schedule. This means that veterans with blindness or low sight could now access a high-tech wearable medical gadget meant to improve their sight and return their independence.

Company CEO, Bob Vaters, uses the word “device” to describe this augmented reality (AR) product, as opposed to using the term “glasses”. This, despite the fact that the Toronto-based company’s product is worn in the same way as glasses. However, the similarities end there.

The eSight 3 device uses smart algorithms, high-resolution screens and a state of the art camera.

This combination of technologies helps individuals with low vision the ability to see much more clearly. Ultimately, wearing the gadget could help them to live more independently. The product has received its Type One FDA approval as a medical device. It offers individuals a wearable system that is non-surgical for improved eye function.

It works by stimulating synaptic activity through what photoreceptor function the wearer has. In this way, it provides additional visual information to the wearer’s brain, naturally compensating for the user’s actual field of vision reduction.

For the moment, Vaters is “very adamant about calling it an AR device.” This extends being wary of 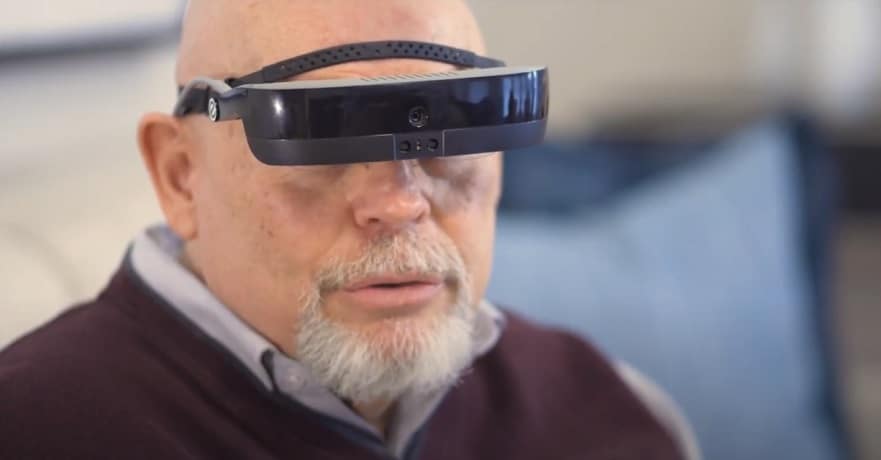 including the eSight 3 device in glasses programs with reimbursements as they don’t acknowledge the type of advantages this wearable technology provides.