People who are legally blind have the chance for an instant and significant vision improvement through these wearables.

eSight, a Toronto, Canada-based wearable technology company, has developed a pair of smart glasses to help people with low vision. The eSight 3 device is meant to assist people who are legally blind to experience 20/20 visin correction.

The glasses capture the image of the wearer’s surroundings in real-time and display it in a way the wearer can see.

The smart glasses translate the image of the surroundings into a form that their legally blind eyes can interpret. In essence, it fills in for the parts of the user’s vision that would usually be blind. According to Toronto’s University Health Network chief ophthalmologist, Dr. Robert Devenyi, “One of the many ingenious features of eSight 3 is that it simultaneously increases the central field of view of sight while preserving full access to peripheral vision, providing the best of both worlds: unprecedented mobility and high-acuity central vision.”

The smart glasses wearers can easily shift their vision from close to mid to far with the autofocus feature. 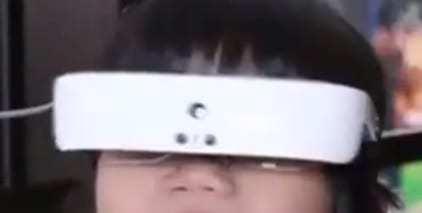 Beyond the improvements to a wearer’s vision, the eSight 3 has several other features, as well. For instance, it is built with WiFi and HDMI capabilities, which makes it possible for wearers to send video and pictures and to stream content.

eSight president and CEO, Dr. Brian Mech, said “eSight 3 is a game-changer for the legally blind.” He added that “My entire career has been spent engineering sight-enabling technologies, so I can say with some authority that eSight’s world-class lab is the largest and best engineering team, anywhere in the world, that specializes exclusively in developing medical devices that allow the legally blind to actually see and be mobile.”

Aside from creating the wearable technology, eSight has also recognized that this type of technology cannot be something available exclusively to the wealthy elite. Instead, it has now launched an affordability program. The program’s goal is to enhance access consumers have to this device.

Consumers can use the program to obtain funding opportunities. This will place the smart glasses within their financial reach in a number of potential ways. Among them are tax credits, low- or no-interest payment plans, corporate job placements, government support programs, clinical study participation based discounts, philanthropic donations and even crowdfunding.