QR codes makes it easy to give money gifts this Chinese New Year.

Those who wish to give electronic money gifts this Chinese New Year in traditional red packets can easily do so with DBS Bank’s new QR Ang Bao. Instead of having to procure new cash for the envelopes, Singaporeans can simply scan, load and gift with DBS PayLah!

The unique QR code money gift system combines the best of both the physical and digital worlds.

In 2018, eAng Baos (electronic Ang Baos) reached a record number of transactions, with the number of them sent being six times higher than 2017, according to DBS.

That being said, even though more and more Singaporeans are living a cashless lifestyle, at the same time, they also don’t want to part with the tradition of giving physical red packets during Chinese New Year.

This is where the DBS QR Ang Bao really shines. The pilot program maintains the tradition of exchanging physical Ang Baos but eliminates the use of cash.

“The DBS QR Ang Bao is ideal for time-starved customers who hope to forgo the usual hassle of obtaining new notes for CNY, or for those who embrace the spirit of being early adopters and appreciate having conversation-starters during family gatherings,” said Managing Director and Head of Consumer Banking Group (Singapore) DBS Bank, reported the Vulcan Post.

To use these red packets, DBS PayLah! users load a desired cash value (up to S$999) on the unique QR codes on the packet by scanning the code and entering the amount they want to give. Senders can also select an animation to go along with their digital gift and complete the transaction.

To obtain their monetary gift, all the recipient of the packet needs to do is scan the code with their smartphone to immediately transfer the money to their PayLah! accounts.

To ensure the security of the QR Ang Bao, each packet contains not only a unique quick response (QR) code, but also a serial number. This enables the sender to easily cancel the loaded funds through DBS PayLah! in the event that the red packet is lost or stolen. 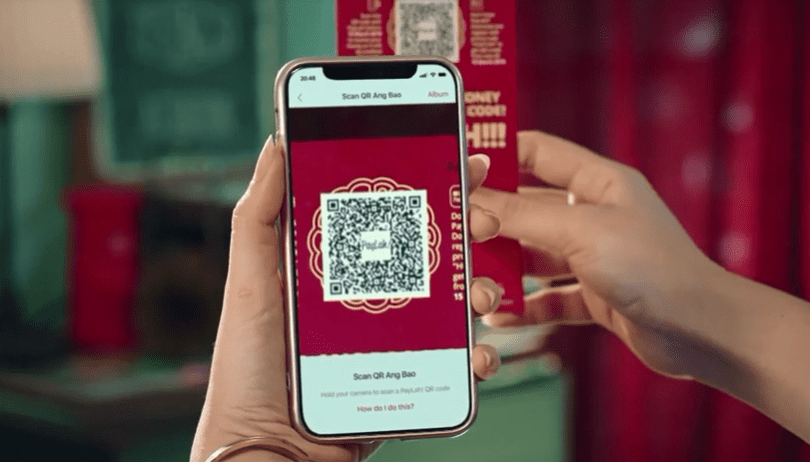