The application uses augmented reality to guide people with an “Attenborough in your pocket.”

A Sir David Attenborough hologram has become the star of a new app that lets smartphone users enjoy the directions and information provided when they visit a spectrum of sites across the United Kingdom.

The celebrated nature documentary host will guide app uses through a number of UK greenspaces.

The 94-year-old will be in the spotlight throughout the augmented reality app, which will launch at the same time that the BBC brings out its next big natural history TV series, The Green Planet. The David Attenborough hologram will appear alongside digitally streamed animals and plants overlayed on real-world sights when a user views the area around them through the phone screen.

The app remains in its early development stages, but the makers are preparing for consumer trials in various locations before its large-scale launch. The concept is to be able to use the app to enjoy the nature of the UK as though they were seeing it inside one of the celebrity’s television programs. The app’s makers have compared it to having “Attenborough in your pocket.”

The David Attenborough hologram will help to bring the natural world around visitors alive.

“There is a whole hidden kingdom of plants in the green world that grow and operate at a pace not able to be seen by the human eye,” said John Cassy, the founder of the firm developing the app, Factory 42. “We are able to bring technology to the real world through the use of augmented reality.”

The consortium developing the app includes the EE mobile phone operator, the BBC’s commercial arm, BBC Studios, and Kew’s Royal Botanic Gardens. The application is one of nine test projects the government is funding as a component of an initiative to demonstrate the benefits of 5G mobile technology in the United Kingdom. 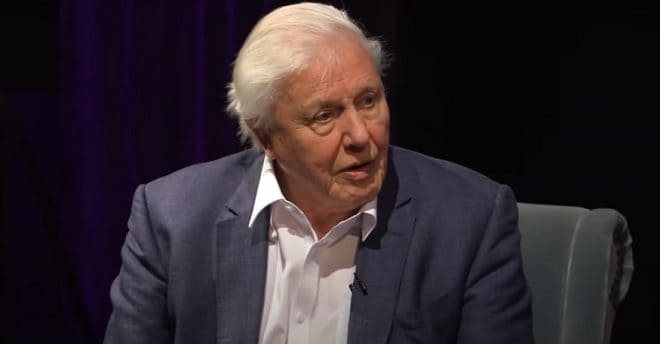 The Green Planet augmented reality app and its David Attenborough hologram cost £4.4 million and received £2.27 million in government funding from the department for digital, culture, media, and sport. This was a component of its 5G Create initiative.