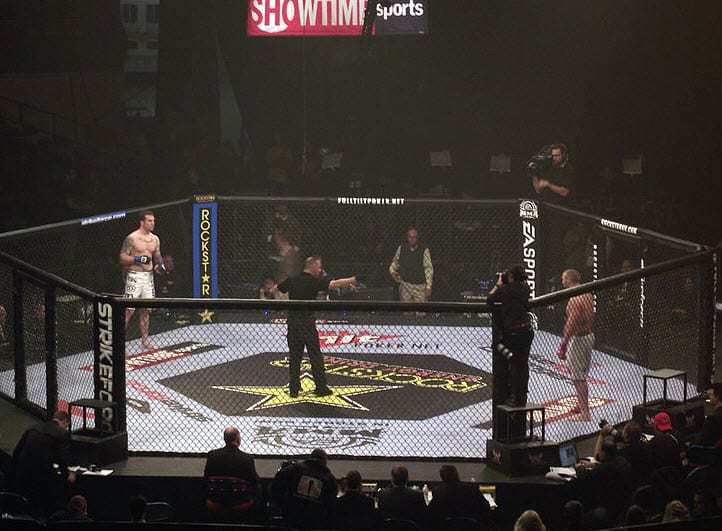 Award-winning proprietary mobile marketing solutions and technology provider, CommerceTel Corporation, has announced that it has been selected by the Ultimate Fighting Championship (UFC) in order to provide mobile marketing strategies for device users, such as text alerts, voting, and initiatives for in-venue and in-broadcast special offers.

The UFC is currently the sports organization with the most rapid growth worldwide, providing the top events for mixed martial arts (MMA) that are available to nearly one billion homes around the globe. The UFC was first broadcast on network television in November 2011, and became the most watched fight in ten years, having drawn more than 9 million viewers to watch FOX in the United States alone.

According to the CommerceTel vice president of sales and business development for the Txtstation division, Michael Falato, the UFC is an exceptional organization in that it holds the top position as the biggest event provider for Pay-Per-View worldwide, while at the same time, the “mobile platform provides the largest digital audience in the world. We’re very pleased to support the UFC’s progressive strategy of connecting to their audience,” through smartphones and tablets.

The Txtsation Pro and C4 web-based platforms from CommerceTel will allow the UFC to provide mobile users with graphics and animations in HD quality to screens on in-venue boards, broadcasts, as well as digital signage. Fans can use a short code to send their messages in order to have them displayed on those screens, live. This technique has already been shown to improve the response rate overall, and provides the consumer with an interactive and fun engagement.