The company has long been a fan of mobile technology but has been slow to adopt QR codes due to uncertainty regarding how popular they would be with consumers. While consumers are still quite unfamiliar with the codes, more people are growing accustomed to the black and white barcodes. Coca-Cola is partnering with the World Wildlife Fund for this campaign, hoping to help increase awareness of environmental issues.

The codes will appear on Coca-Cola cups distributed at 7-Eleven stores throughout the country.

When scanned, the codes resolve to a mobile website where consumers can learn of the environmental issues facing animals today. The campaign has a specific focus on polar bears, as they have been Coca-Cola’s mascot for decades now. The campaign will help raise money for conservation efforts for polar bears. 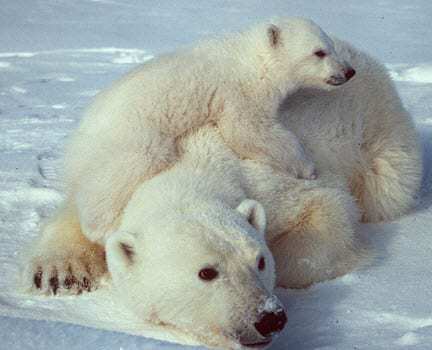 The app is a simple mobile game that allows mobile users to throw snowballs at their friends on Facebook. Each snowball is worth a certain amount of points, which can be redeemed for prizes at a later date.

The site attached to the QR code will also lead consumers to a donation site set up by the World Wildlife Fund. Coca-Cola has announced that it will match each donation dollar for dollar to help save polar bears from potential extinction.