On average, only 25% of the mobile phones people throw out are recycled.

Cell phone recycling isn’t as common as you might think. There are more mobile phones on the planet than there are people by over 1 billion and an estimated additional 1.5 billion are expected to be churned out by electronic manufacturers this year alone. It is estimated that only about 25% of phones that are tossed are recycled and this percentage is far lower in some places, including only about 1% in Africa. Now, Closing the Loop is trying to increase the recycling of these devices and has managed to convince Samsung and T-Mobile to take part.

For every new phone purchased in Europe one discarded phone in Africa will be recycled.

“The basic idea is that when one of our customers buys a new phone in Europe, we collect a scrap phone that would otherwise not be collected or be recycled, from countries like Ghana and Uganda, and make sure it is properly recycled,” Joost de Kluijver, Director of Dutch-based company Closing the Loop, told Digital Trends.

In regard to Samsung and T-Mobile, the Dutch branches of these two companies have agreed to take part in the cell phone recycling program, described as the “one for one” concept, seeing it as a way to improve sustainability.

Under the partnership, every purchase of a new Samsung Galaxy S10 E model will be “offset” by recycling one discarded phone in Ghana, Cameroon, Nigeria or Uganda.

Moreover, T-Mobile is supporting the program at its 124 stores across the Netherlands. The first shipment of 25,000 used phones from Cameroon have reportedly arrived at the port of Rotterdam. These phones will be process by e-scrap and other precious metals recyclers in Europe.

Only a few facilities in Europe are capable of handing the cell phone recycling process.

While an estimated 90% of the weight of each scrap phone can be recycled, there are only a few facilities in Europe that are able to handle the chemical processes required to recycle these materials.

At present, about 10 to 12 metals and minerals from each phone can be extracted. However, the focus is placed on recycling metals including gold, silver and copper. That being said, there are 40 or more different minerals and metals in most phones, among which include rare earth metals. However, many of these materials are used in such minimum quantities they can’t be recycled economically.

That being said, Closing the Loop sees an opportunity with their program for manufacturers, distributors, resellers and refurbishers to support progress in the mobile phone industry that is desperately needed.

Additionally, the company is working to promote some of the metals it is extracting from old scrap phones as new, 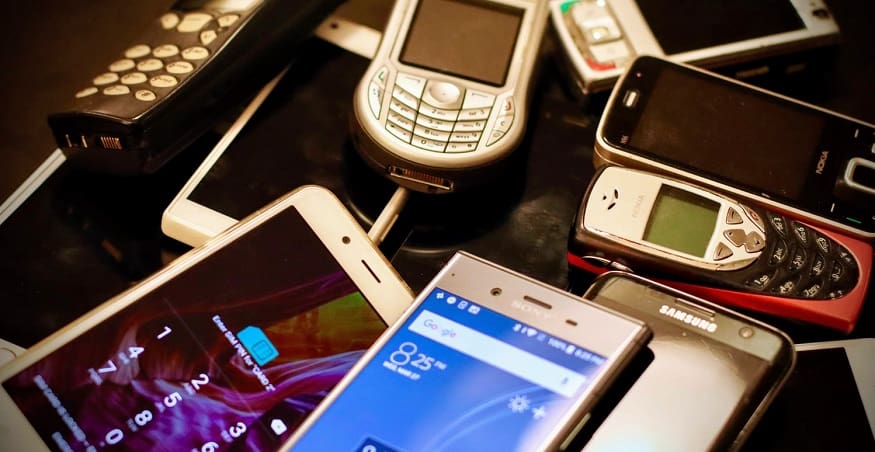 unique materials. Kluijver says that it would be “really cool” if the metals extracted from cell phone recycling could be used to produce new phones, creating a truly circular process.