Childish Gambino has released a new single that is available only through a new augmented reality app.

The AR experience from Google and Childish Gambino is called PHAROS AR. The augmented reality (AR) app was released for Android mobile phones on Wednesday and gives users the chance to explore a virtual interactive space where they can hear the musician’s new song “Algorythm.”

Fans of Childish Gambino can journey through his universe while listening to his latest music.

The PHAROS AR app can be downloaded from the Google Play Store for Android smartphones, and delivers a unique AR experience that starts with an AR portal opening, through which a user can walk through to enter an augmented reality cave they can explore.

Within the cave are interactive, hidden glyphs that are superimposed on the user’s real-world environment.

After finding all the hidden glyphs, the journey continues and players can explore more worlds throughout the Childish Gambino universe as they listen to new sounds from the musician.

Moreover, it’s a multiplayer app, allowing players to either enjoy the adventure on their own or share their experiences with friends and interact with one another simultaneously.

The augmented reality app was developed by MediaMonks, with plenty of input provided from Donald Glover, the multi-award winning actor, writer and musician who musically performs under the stage name Childish Gambino.

It was built with ARCore, Google’s developer platform designed for building augmented reality experiences. ARcore allows developers to build apps that blend the digital and physical worlds, which creates experiences that bring what is seen on a phone into the phone user’s actual surroundings. The app was also built using Unity, a real-time 3D development platform. 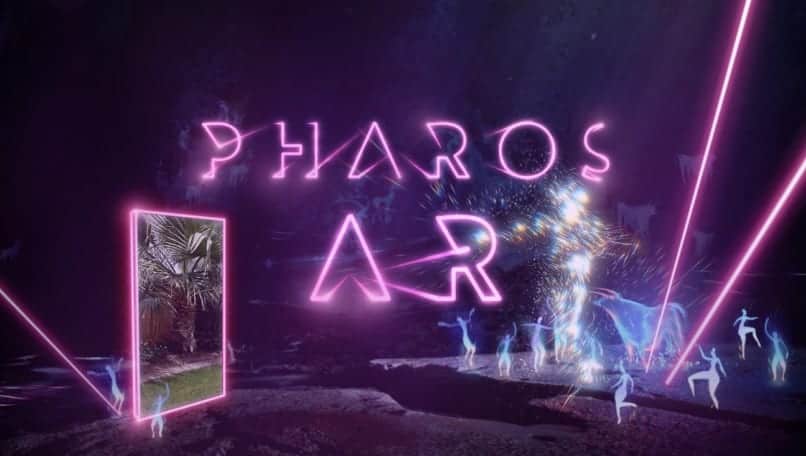 Currently, the PHAROS AR app has yet to be released on iOS but Google has said that the AR experience will be available for iPhones and IPads soon.