The fast food chain has used quick response codes to successfully drive up its application downloads.

The successful use of Chick-fil-A QR codes are helping to drive consumers to download the fast food chain’s app, say new analysis results.

The company has managed to use the smartphone friendly barcodes for a powerful call to action.

Both BlackRock Bar & Grill and Chick-fil-A QR codes are being used as a part of a campaign tactic that consumers are responding to. Boosting downloads by 14 percent is only one of a number of call to action responses they’ve been able to drive among mobile users.

This has been a surprising result as quick response codes have been seeing a cooling in their use after an initial surge along with the ubiquity of smartphones. After the initial novelty of scanning, consumers had seemed to lose interest in finding out what was behind those black and white squares. Moreover, marketers simultaneously appeared to lose interest in trying to find creative new ways to work the (relatively unattractive) barcodes into their otherwise sleek marketing campaigns. That said, their use in Pinterest and Snaptchat appears to have kept the barcodes alive.

The Chick-fil-A QR codes have become a clear indication that this marketing method is far from over.

Driving app downloads is only one of the many ways that the QR code marketing technique has been used. They have also been applied to offering discount opportunities and coupons as well as encouraging repeat business and requesting customer feedback. The barcodes make it quick and easy to direct a consumer to a specific location for a two-way interactive communication between the customer and the business.

They make it easy for consumers to respond to the advertising they are seeing without having to manually enter a URL – even a shortened one. Moreover, they provide businesses the opportunity to quickly measure marketing campaign responses, right down to individual components.

The BlackRock Bar & Grill and Chick-fil-A QR codes are hardly the only ones being used by large brands at the moment. After having left them behind for a while, many brands are bringing quick response codes back for their holiday marketing campaigns. Pepsi has become a solid example of this trend as 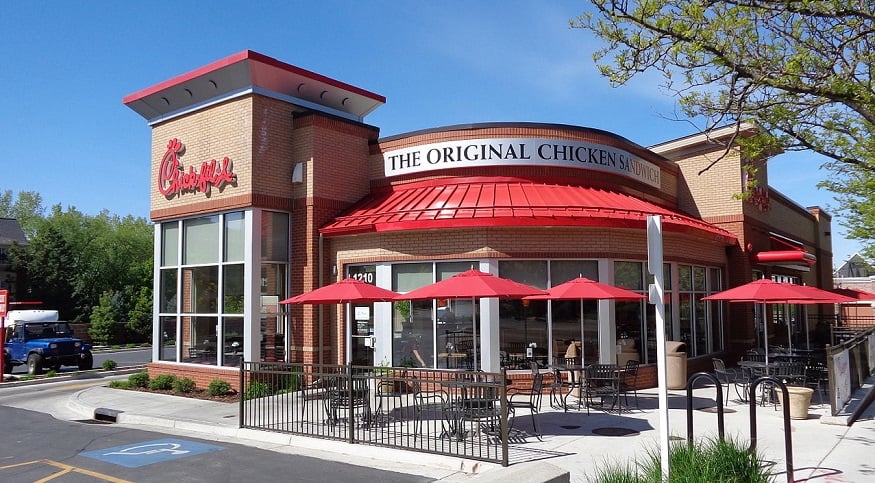 well, having embedded the codes into its packaging. In that case, scans direct device users to a digital scratch-off game providing rewards to be used like cash to send gifts to family and friends.