Despite the massive crowds at the Consumer Electronics Show, these tiny wearables stood out.

In the world of wearable technology, smartwatches have become the main gadgets for connecting a wearer to his or her smartphone by way of a tiny screen, but the CES 2016 has shown that wearables can get even smaller.

Though this smart ring is anything but dainty, it still manages to act like a smartwatch worn on a finger. 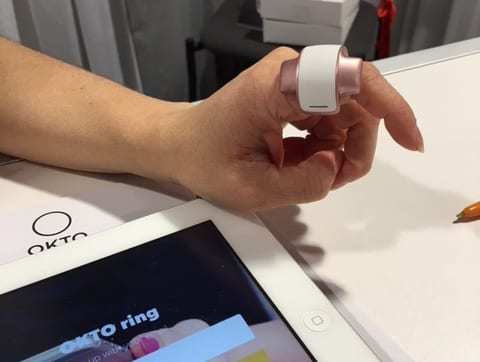 The OKTO ring claims to be the first ring that allows you to place and receive calls without taking your smartphone out of your pocket. That said, unlike a smartwatch, this wearable technology is currently limited to that specific feature – calling. It boasts a small LED screen on which you can dial a number or pick up an incoming call. While it is convenient that all the wearer must do in order to speak to the person on the other end of the call is to place the hand wearing the device up against an ear, it was noted by a number of people in attendance of the CES 2016 that the look of the gesture is somewhat odd. It calls to mind the appearance of someone who is tired or board and is resting his or her head against his or her hand.

That said, this wearable technology could be a sign of things to come and appears to be solidly designed. 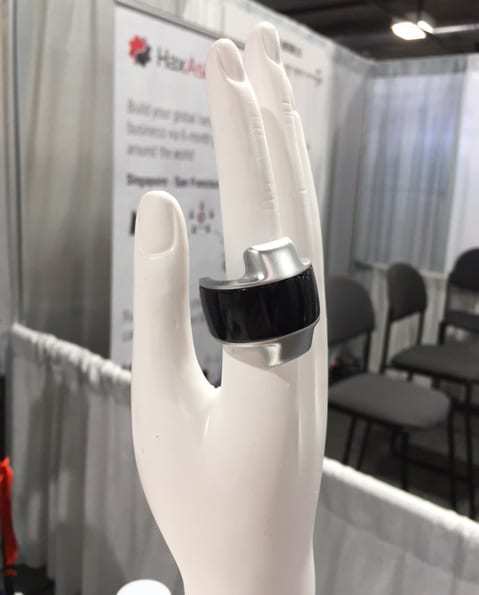 The OKTO smart ring is waterproof and has been made using hydrophobic materials, components and coatings. It comes in a range of different sizes in order to be able to fit the majority of wearers. It is made out of a durable and flexible type of PCB. This mobile device connects with a smartphone through Bluetooth 4.0 and can pair with any smartphone that uses that technology.

The device is quite light at only 0.35 ounces (10 grams), but it is unclear how light that would feel on something as small as a finger, when worn for hours at a time.  It does look a bit clunky when worn on a smaller hand, such as that of a woman, but its style is sleek and many might find it unique and appealing, particularly when its function is taken into consideration. It comes with a considerable 4 hours of talk time, considering its weight and size, but it takes only thirty minutes to recharge. If the user already had a portable charger on hand, that amount of recharging likely wouldn’t be too inconvenient, when needed.