The wristwatch brand first stepped into the wearable technology sector at CES 2016 in January.

When Casio first made its way into the smartwatch world, it placed its Smart Outdoor Watch WSD-F10 Android Wear wearables into the spotlight – a device that will finally be available to consumers as of today.

The Casio wearables will be available on the company’s website as well as Amazon, Rei, and Google’s e-store.

The launch price of the smartwatch is $500 and comes with a range of different features – called “apparatuses” by Casio – which make it possible for wearers to view various different kinds of data such as the times of dawn and nightfall, the tides, elevation, pneumatic force as well as compass directions. Of course, as wearable technology based on Android Wear, it also comes with a spectrum of different types of application, such as Runkeeper Fitness, ViewRanger GPS and MyRadar Weather.

The features on this smartwatch are geared specifically toward consumers who are enthusiasts of both tech and the outdoors. 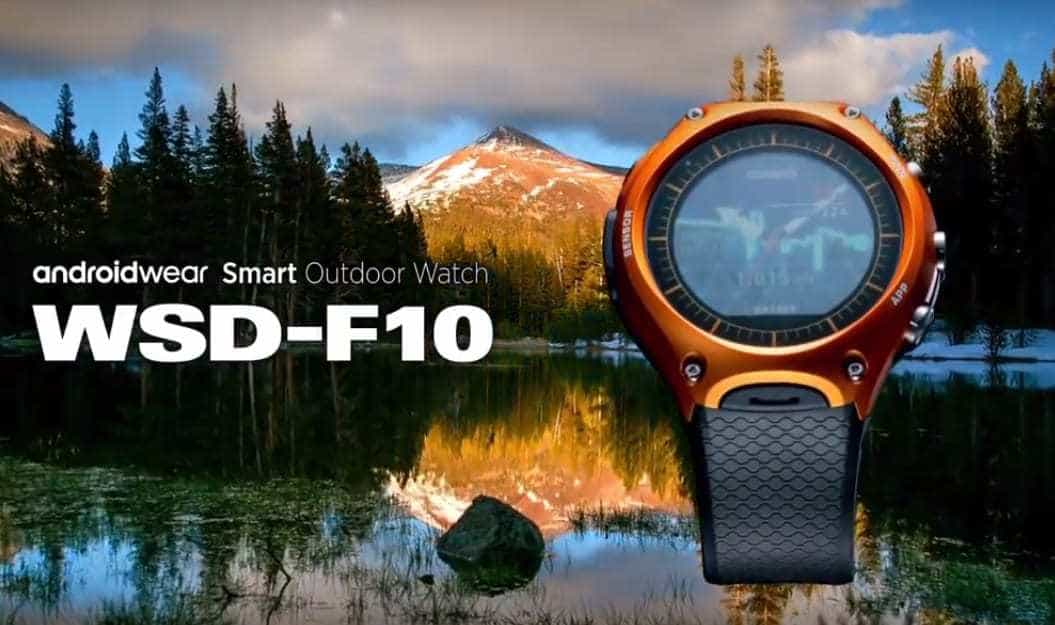 The initial offerings of the Casio wearable technology include a choice from among four different colors. They include black, red, orange and green. That said, this device faces the same type of limitation as virtually every other kind of wearables that are available on the market – battery life. Anyone planning to head out for a few days will need to bring a portable charger with them if they want to be able to keep using their device.

These wearables are meant to stand up to life in the great outdoors. It currently uses a USA military standard MIL-STD0810 for shock and dust resistance and the device has been designed to remain waterproof to a depth of 50 meters. As such, it is clearly meant specifically for people who plan to be using it in an outdoorsy way, as opposed to in an office building.

The smartwatch has a chunky 1.3 inch, 320 by 320 pixel dual-layer LCD display. Its design makes sure it is readable even in the brightest sunlight and that it will be able to take its knocks above and below the water’s surface. Until the actual release of the device Casio had not yet offered information as to the specific specs going on inside this wearable technology.