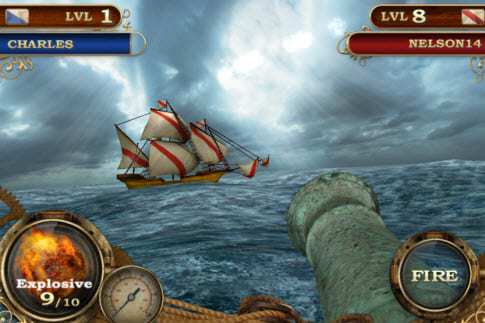 Captain Morgan, the maker of the Original Spiced Rum, has announced the release of a cutting edge new social game for mobile called “Captain’s Conquest”, that provides its players with rewards for adventure, exploration, and social influence in real life.

It is a free download – from both the Apple App Store and the Android Market – that functions by turning the cities in which mobile device users live into an open sea map that encourages its players to navigate throughout the world of Captain Henry Morgan.

The purpose of the game is to have players make their way up through the ranks – beginning as a stowaway and working their way up to the captain of a mighty fleet – to rule the sea and take in the reward of having strategically and skillfully played the game and behaved adventurously within the real world.

Game players earn status and points by becoming successful masters of the battle mode in the game, as well as by checking in at real world locations to conquer territory, and by scanning bottles of Captain Morgan using the scope.

When players begin the game, they are given a ship’s command. The size of the ship is initially determined by how much influence they have over various social networking platforms, such as Facebook, Twitter, and Foursquare. The more a player is successful in being adventurous and in battle, the greater the captain’s adornments and the size of the player’s ship, as well as their rank.

The game uses location based technology and GPS to populate the mp screen using visual representations of the player him or herself, as well as other players within the area of the user’s ship. They are then given the ability to interact with the others in the area through battle challenges of enemy ships.