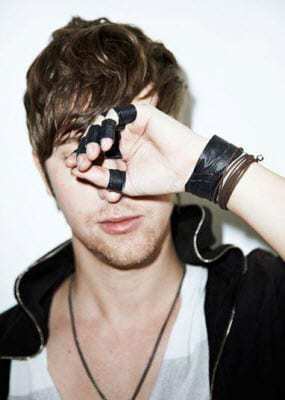 Artist gets a boost with augmented reality

The Aurasma application is available for iOS and Android mobile devices. When fans point their mobile devices at the trigger pictures of Munroe, the augmented reality experience is engaged. Currently, the majority of these pictures can be found at the Community 54 installation in Toronto, Canada. The pictures are widely available online and can initiative the augmented reality experience just as well as their physical counterparts. The application can also make use of a specially designed pair of headphones that are meant to amplify this particular experience.

When the experience is initiated, fans will see the lyrics of “Invincible” come to life. The lyrics will cascade around the users in rhythm to the song. The digital lyrics are meant to interact with the environment in order to give fans a more realistic feeling. Capitol Records believes that the experience will be a memorable one for Colin Munroe fans and is unlikely to be the last time the record label leverages the technology to promote an artist.

Augmented reality has become quite popular in the entertainment industry. Consumers have responded well to the technology and its associated applications thus far. This success is partly due to the interactive nature of the technology, which provides consumers with the ability to experience things in a way they never have before. Augmented reality is expected to play a larger role in the entertainment world as more companies and artists become aware of its benefits.