Health Canada is the country’s department in charge of federal health policy. It is overseen by the Minister of Health. Though it had intended to launch the COVID Alert app several weeks ago, it faced last minute issues that lead to delays. It finally started rolling out at the end of last week. The application makes it possible for individuals who have received a positive COVID-19 test to report it anonymously. From there, the app notifies other users who may have been exposed to the virus through that infected user.

Apple allows only public agencies such as Health Canada to use the Exposure Notification API for application development. The API is not available to just any developer. The design for the app was chosen as it allows users to take part in contact tracing without having their identities or locations tracked. It does not access the device’s GPS or location services. Instead, it uses Bluetooth to exchange random identifiers with nearby phones. It then conducts follow-up checks against an identifier list of people who have reported a positive test. In this way, it keeps users’ information private.

If the user’s app has recorded any random codes that have matched with a positive diagnosis, that user will be notified and encouraged to isolate and seek a test. When Canadians are tested for the COVID-19 virus, they receive a one-time key which can be entered into the application. The app request permission to share the individual’s random codes with a central server for up to 14 days.

Health Canada has underscored that the application does not have any means by which to access the individual user’s name, address, location, time and place when they were near another user, or current proximity to someone who has been diagnosed. Instead, the COVID Alert app’s random Bluetooth codes are meant only to alert an individual if they 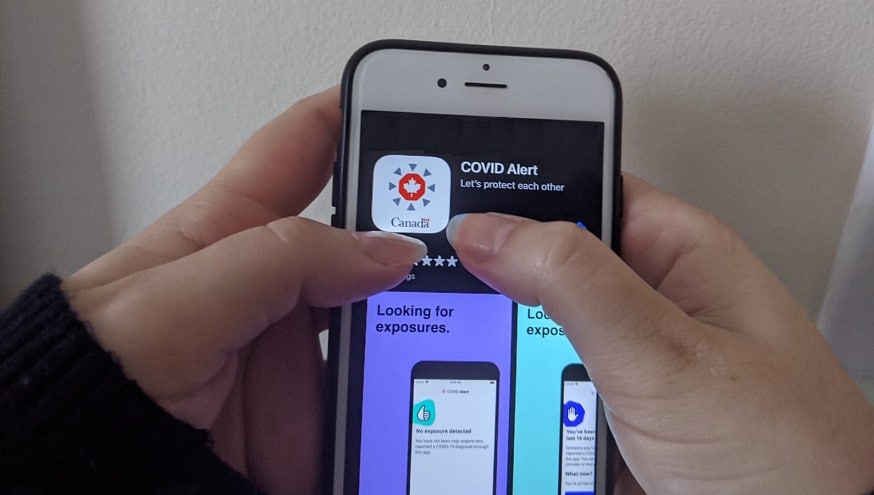 exchange codes with someone who has reported a positive diagnosis at some point within the last two weeks.