Police officers in Sanford, Florida are hoping that their new burglary prevention QR code strategy will help remind car owners how important it is for them to lock their car doors and keep valuable items left in vehicles out of plain sight.

The police have been leaving Vehicle Assessment Survey cards on parked cars.

According to Sanford Police Captain Trekell Perkins, people have become desensitized to verbal warnings and catch phrase reminders (e.g. “lock it or lose it”) to keep their vehicles secure, and they ignore them, reports ClickOrlando.com.

Feeling it was important to get the burglary prevention message across to vehicle owners, the police decided to use a quick response code to help them achieve their goal.

The officers head to parking lots and place Vehicle Assessment Survey cards on all car windshields. On one side of the card is a QR code. The other side features the Sanford Police Department logo and a line on which officers can write a code.

The code the officers add to the card depends on what they view inside the vehicle. For instance, the code can indicate if they see valuables, if the car is unlocked, if they saw both valuable and an unlocked car or neither. Scanning the burglary prevention QR code is the only way that a driver can determine what the codes mean.

The burglary prevention QR codes are targeted to areas based on criminal activity.

The parking lots that are selected by the officers are those with higher criminal activity, says Perkins. Each day, crime analysts plot the activity from the previous night on a map. Purposely flooding a parking lot in an area where crime occurred serves two purposes. Not only does it put officers in the area to deter further crime, but it also makes people aware of the issue.

“It is our goal to hopefully catch these criminals in the act, and that’s how we get our results,” Perkins said.

The officers feel that the burglary prevention QR code strategy is a step in the right direction toward making people pay attention and be more actively aware. Sometimes the 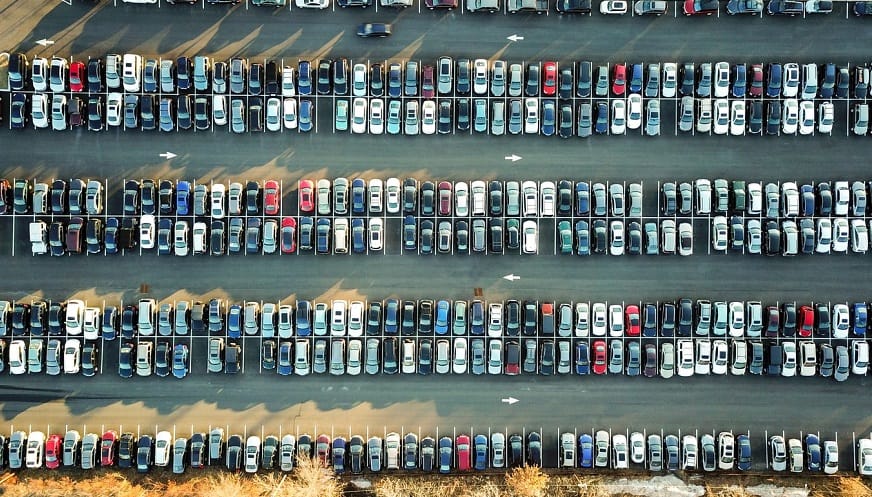 drivers think they have a ticket and so they’ll scan the code to learn more. It’s a message less likely to be ignored.