The globally-popular K-pop group announced their own mobile game.

The upcoming BTS game, “BTS World” is a story-based mobile simulation game that will simultaneously be released worldwide on June 25, 2019.

Players take on the role of BTS’ manager.

Equipped with interactive elements, the BTS mobile game focuses on the start of the seven-member group’s career. Players take on the role of BTS’ manager and are tasked with the job of pushing the group through their debut to become the international stars they are now.

To help the group achieve stardom, BTS World players will need to complete various missions by collecting, upgrading and deploying cards that feature group members. What’s more, players will have the option to virtually interact with the members of BTS via a 1:1 system that will feature calls and texts from the group’s seven members, Polygon reports.

The BTS game will also feature a brand new original soundtrack from the group members.

Much to the delight of BTS fans, those who wish to pre-register for the game can do so on the game’s official website by taking a short quiz to apply and to be matched with the member to whom they are best suited to manage.

Additionally, the website also has short previews of gameplay and fans can also test out the interactive function of the game through a short video call with group members Ho-seok and Ji-min.

Moreover, ARMY – the name of BTS’ fandom – will no doubt delight at the all-new original soundtrack from BTS, which will be featured in BTS World. In fact, a song from the soundtrack from a new sub-unit made up of vocalists Jung Kook, Jin, and Jimin, was unveiled earlier this morning (June 7).

BTS has some of the most dedicated fans in the world. Back in February, BTS QR codes were scattered across the globe for fans to find and scan so that they could contribute their knowledge and love for their favorite band on 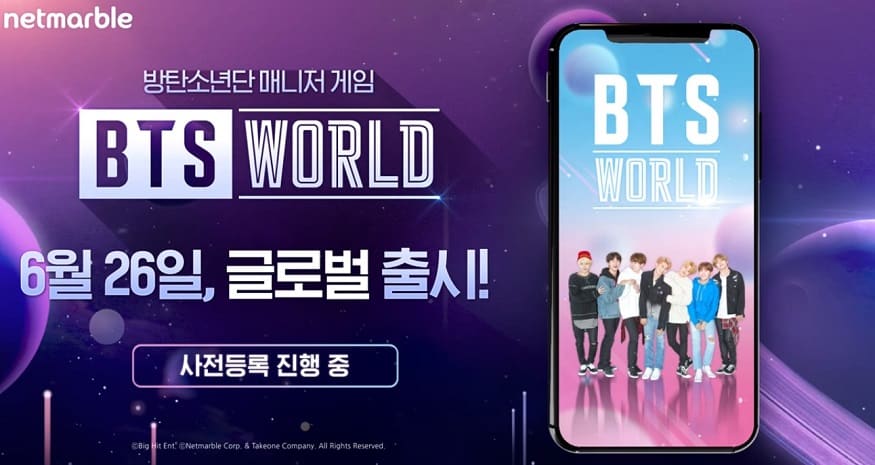 When it is launched worldwide on June 25, the BTS mobile game will be available for both iOS and Android devices.