The tech stops wearers from having to worry about being heard by Alexa, Google Assistant and Siri.

A new Bracelet of Silence devices has been developed for people who want the choice whether or not gadgets hear them. Microphones are enabled in a growing number of devices and are far from limited to smartphones.

Smart homes are becoming more common and include everything from speakers to doorbells.

As helpful as Amazon’s Alexa-enabled Echo speaker, the Ring doorbell, Google Home, Nest and Smart Speaker, or Apple’s Siri-enabled gadgets may be, not everyone is comfortable with them being around at all times. There have been enough headlines about these types of gadgets being turned on accidentally – or even hacked – that it’s not uncommon to be nervous. They leave many people with the feeling that “Big Brother is watching”. The Bracelet of Silence was developed to help overcome that feeling.

For people who can simply choose not to have the smart devices in their homes, there isn’t much of a problem. However, for people sharing homes with someone who wants to own one of these gadgets, it can present some tension. Moreover, when visiting friends and family – or even a rising number of businesses and offices – the odds are increasing that an individual will be entering a home with smart devices.

As asking everyone to unplug their gadgets isn’t possible, the Bracelet of Silence was created.

The silencing device was created by people who felt exactly that way. It was created by Ben Zhao and Heather Zheng, a married couple who are both science professors at the University of Chicago. Though Mr. Zhao wanted a smart home device, Ms. Zheng was uncomfortable with the ever-present, always-listening technology. They worked with an assistant professor, Pedro Lopes,

The wearable tech provides protection against gadgets that are always listening in the immediate area. It stops those device microphones from “listening” to what the wearer is saying.

Though quite large and clunky, the Bracelet of Silence features 24 ultrasonic signal emitting speakers the user can turn 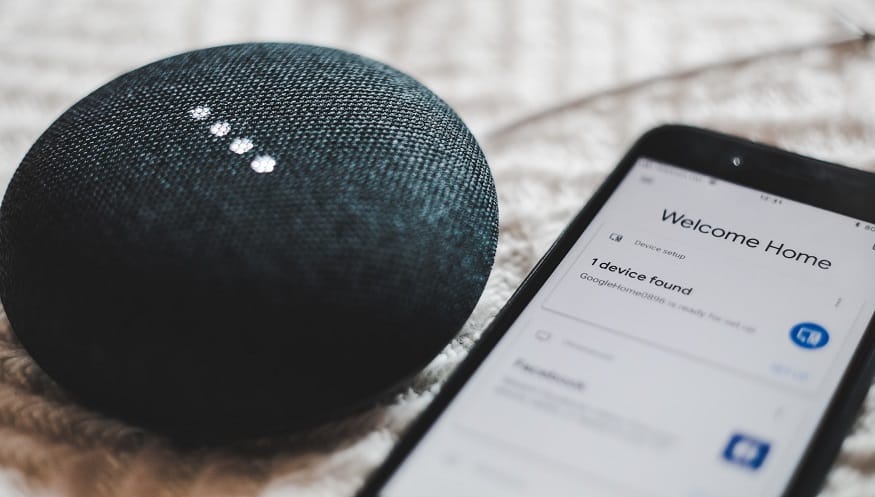 on and off as he or she wishes. Most people’s ears cannot even detect the sounds, though children and dogs will be able to hear it. That said, nearby microphones will detect those high-frequency sounds but not other noises in the vicinity.