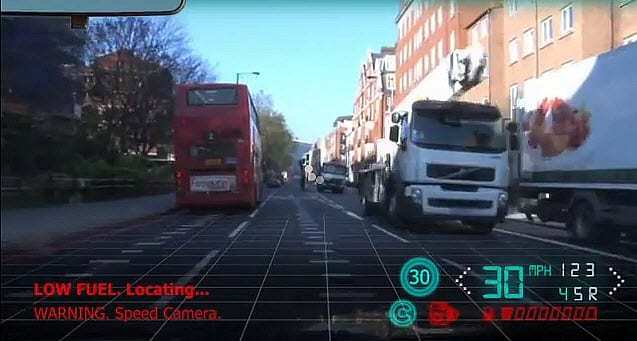 Earlier this year, automaker BMW unveiled plans to incorporate an augmented reality heads-up-display system in their future vehicles. The initial plans were rudimentary as the company had yet to determine how they would want the system to work. Early concepts of the system would have transformed a windshield of a vehicle into an oversized GPS screen, filled with 2D images that directed drivers to their destinations. BMW, however, was not entirely satisfied with the design and has decided to add more flare.

The automaker has announced a new version of the augmented reality HUD system. This time around, the displays that are imposed on the windshield of a vehicle will be completely 3D. This will allow drivers to interact with the displays in a more intuitive way. 3D images will not crowd the windshield, of course, but will be present enough to actually augment the driving experience.

Future BMW models will also be equipped with an array of cameras. These cameras will feed a live video stream to the vehicles windshield. These video feeds can be resized and repositioned as the driver sees fit and will help with special awareness issues. The feeds will also help eliminate blind spots whilst driving.

BMW is currently working on a head-mounted augmented reality system as well that will be housed in a motorcycle helmet. This system will be less intrusive on the field of view so as not to hamper a drivers ability to see the road.