Instead of typing in search terms, users simply need to aim their smartphones at whatever they want.

The makers of the Blippar augmented reality app are hoping that images truly will speak louder than words, as they have taken the idea of Googling something and have turned it into a form of search that can be conducted through a smartphone camera.

The company has the largest platform for AR and image recognition in the world and has now re-launched their app.

The re-launched augmented reality app has been designed to make it possible to change the way that smartphone users interact with the world around them, and the way they search the web, at the same time. All users need to do is “blip” the objects around them, such as product packages, ads, and books, to be able to conduct a search for those things online. All users need to do is aim the device camera at the object they want to learn more about, and the mobile app does the rest.

The first launch of the augmented reality app allows for searches on specific English language items. 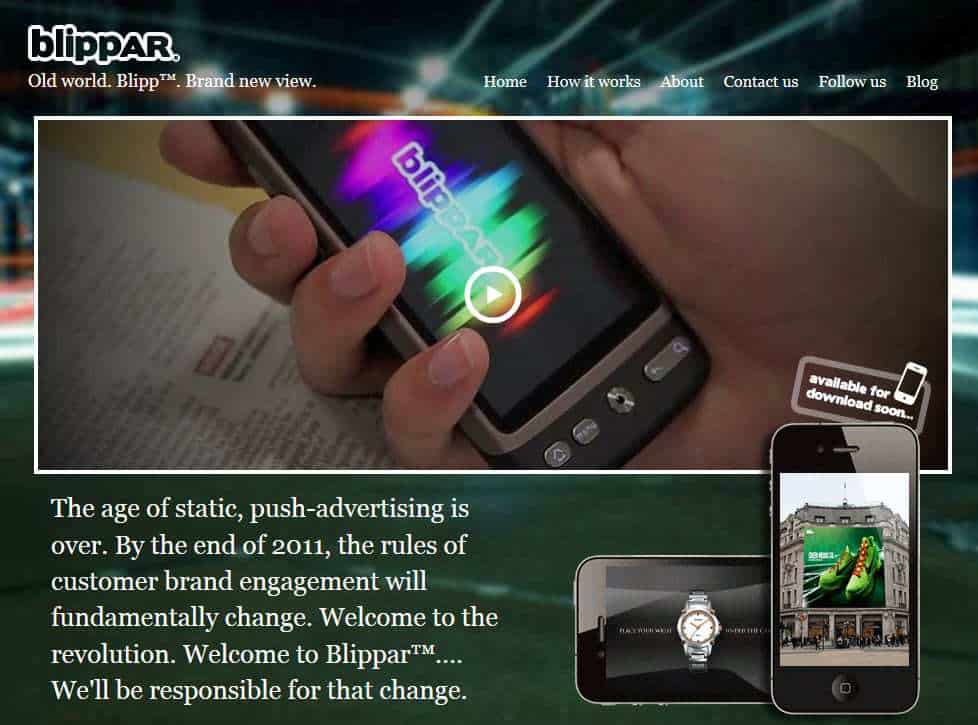 Though it will broaden over time, to start, the Blippar mobile app will be able to search for English language fiction books, album covers, DVD covers, and movie posters. Once one of those images or items is “blipped”, a range of different types of information are presented for the user to view.

For instance, by using the camera on the album cover of a CD, the user might be offered a way to purchase tickets to a concert or event that is relevant to that band, or could be shown videos of the band or the songs specific to that album. It could also provide them with tweets about the band or the album on Twitter, or pictures of the musicians behind the songs.

This latest version of the augmented reality app will become available to smartphone users in April. The app is easy to use, simply requiring it to be launched. The camera must then be aimed at an object, and the app will inform the user as to whether or not it is “blippable”.