The handset maker has announced that it will be making a cloud-based version of its device management platform.

BlackBerry has recently announced that it now has intentions to offer a version of its BES12 device management platform that will be cloud based. This is a part of the struggling Canadian handset manufacturer’s strategy to improve the accessibility of its service to small- and medium-sized businesses that are seeking to better their device security over their own networks.

The company has already established a strong reputation for powerful security capabilities.

The reputation of BlackBerry has become a very solid one when it comes to its security capabilities and device management. The company caters primarily to the needs of large businesses, including corporations and governments. However, it is now looking to use its BES12 in order to broaden the offerings that it has available to a wider market, such as smaller and mid-sized businesses.

The new BES12 platform from BlackBerry will manage those devices as well as those from Android, iOS and Windows. 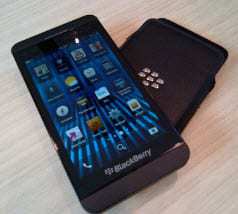 This has considerably changed the direction of the mobile strategy at BlackBerry as it is now open to the management of devices powered from the Google, Apple, and Microsoft operating systems. Moreover, it has also moved up and beyond mobile devices, so that it can assist in the security and management of other tech such as vehicles, industrial machinery, and medical diagnostic equipment.

The idea is to be able to offer a cloud-based version of the system, which makes it possible to provide it at a notably lower cost to companies of a smaller size than the traditional BlackBerry customer. This makes a massive difference to the customers that are now within the reach of the company.

According on the chief operation officer at BlackBerry, Marty Beard, when discussing the new version of BES12 in a media conference call, “We are trying to broaden the enterprise mobility management space,” adding that “a cloud version really enables us to broaden our footprint.” This offering from the company was first announced in Barcelona at the Mobile World Congress, on Monday. It will become available later in March.