CEO John Chen stated that if turnaround efforts aren’t successful, they may stop releasing the handsets.

John Chen has now released a warning that has said that if the turnaround efforts being made by BlackBerry don’t manage to gain traction, the company may find that it will have to stop producing smartphones, at least at the rate at which they have been releasing them.

That said, before that time, there are still some strategies that the Canadian smartphone maker may try.

For instance, the company could still decrease the number of smartphone models that they are issuing, particularly when it comes to the lower-end devices. BlackBerry could also place a greater focus on professionals and government employees – an area in which it has been able to remain continually successful – in order to bolster its smartphone business and return it to a place of profitability. Each of those strategies were also recognized by Chen in a recent interview.

Chen did say that if BlackBerry smartphones don’t pick up over a “long time”, they may not continue making them. 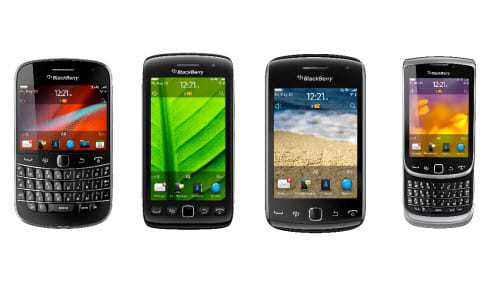 While Chen did see that there are a number of other strategies to put into place, first, he explained that “That’s the most ideal case,” and that “At a certain point in time, the economics take over.”

During the most recent quarter, the company’s smartphone revenues dropped by 31 percent to reach $263 million, when compared to the same quarter the year before. Based on that trend, Chen said that if it should continue to head in that direction for a “long time”, and if it continues to weigh down the shareholders and balance sheet, then it wouldn’t make sense to continue producing the devices.

Chen has made a number of powerful moves over the year and a half that he has been heading BlackBerry, in an attempt to slow and reverse the downward spiral in which the company was headed. While he has managed to greatly slow the descent and has cut costs in a striking number of ways – including outsourcing the manufacturing to a number of Taiwanese firms – the complete turnaround has not yet been accomplished.