A street artist named Pascal Boyart has decided to take a more modern route to funding his art, using a Bitcoin QR code. This way, he has allowed himself to earn an income without relying on traditional avenues.

Boyart managed to earn revenues from his murals without needing an exhibition in a gallery.

The Bitcoin QR code was a part of a growing movement artists have been using to replace the need to depend on galleries and dealers, said a report on The Next Web. They are using crowdfunded services such as Ulule and Patreon. These services are providing artists with the opportunity to achieve improved financial independence.

That said, there remain challenges using these services as an alternative to more traditional revenue channels. While the opportunity is open for artists to earn on their own, there is still risk that their streams of revenue will be cut off at any moment. However, with the addition of cryptocurrencies and blockchains, an even smoother opportunity has opened up. It allows them to separate themselves from corporations and deal directly with those who would support them.

That’s why Pascal “PBOY” Boyart added a Bitcoin QR code to his murals.

The French street artist drew the attention of the digital currency world by offering creatives a new and viable option for bringing in an income. In this way, they take their income directly through their pieces. They can skip over anyone else in the middle who would take their share of the artist’s profit. 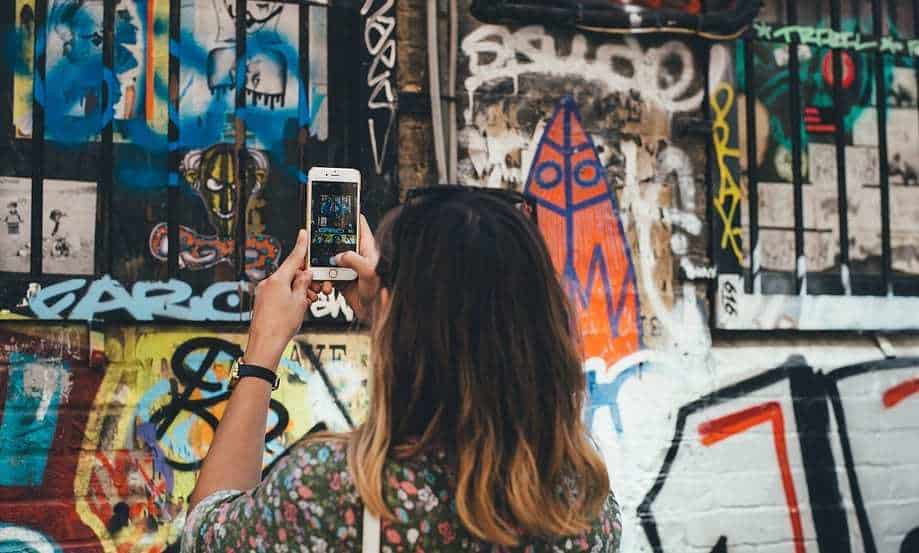 Redditors came together to tip their hats to Boyart for his clever use of the QR code mobile payment method. Many of them approved of the way one of his pieces rose to the top of the Bitcoin subreddit discussion board. Several of the social media platform’s users took their opportunity to applaud him for using both QR codes and bitcoins as well as he did.

The Bitcoin QR code made it possible for people walking by the murals to scan and make a donation. It didn’t take long before he’d already earned over $1,000 using this technique.