New legislation makes the use of digital currencies legal in California

California Governor Jerry Brown has signed new legislation into law that legalizes the use of Bitcoin and other digital currencies. These currencies had been banned in the state for some time, but this prohibition was overturned by those that believed a ban on digital currencies was outdated. The growing popularity of mobile commerce played a role in attracting support to the legislation, highlighting the fact that the way people are shopping for and purchasing products is beginning to change significantly.

Digital currencies have some degree of controversy surrounding them currently. Currencies like Bitcoin are largely unregulated, which makes them quite volatile. A single Bitcoin is currently valued at $598, but that can change at any given moment. It is not uncommon for the value of Bitcoin to fall dramatically in the course of 24 hours. This value can also skyrocket, making a single Bitcoin worth several thousand dollars. The unregulated nature of digital currency has created an air of uncertainty when it comes to the use of these currencies. 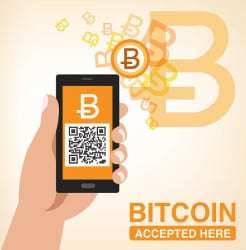 The new legislation could go a long way in improving the state’s relationship with digital currency. One of the reasons that these currencies are not well received currently has to do with their volatility. Organizations like the Bitcoin Foundation work to promote standards and best practices when it comes to these currencies, however. These organizations are often targeted by state agencies that enforce laws meant to prohibit the use of digital currency.

Digital currency and mobile commerce often go hand-in-hand with one another.

Digital currencies are well suited for mobile commerce. They are typically easy to use and can be managed just as well as more traditional forms of currency. Bitcoin, in particular, has been finding more support among mobile consumers, partly because of the currency’s generally high value.  Relatively few businesses have come to embrace digital currency, however, making its use somewhat limited.