New South Wales is going an extra mile to encourage hands-free phone use while driving.

Australia’s largest state by population is cracking down on distracted driving and is the first jurisdiction in the world to use cameras to catch drivers distracted by theirhand-held mobile phones, and prosecute them.

Drivers who use phones illegally while driving are four times as likely to cause an accident.

Road safety experts have grown more and more alarmed at the increasing prevalence of accidents on New South Wales roads that involve drivers using smartphones. Those experts say that drivers who illegally use their phone while driving increase the chances of an accident by four times.

In an effort to reduce this type of distracted driving, the government says it plans to roll out 45 Mobile Phone Detection Cameras across the state by December, according to New South Wales Roads Minister Andrew Constance.

“There is no doubt drink-driving as far as I’m concerned is on a par with mobile phone use, and that’s why we want everyone to be aware that you’re going to get busted doing this anytime, anywhere,” Constance told Australian Broadcasting Corp, reports Time.

The cameras use AI to help accurately catch distracted driving in action.

Each of the Mobile Phone Detection Cameras are equipped with two cameras. One camera takes a picture of a vehicle’s registration plate and a second high-set lens aims down through the windshield to see what drivers are doing with their hands.

The cameras use artificial intelligence (AI), to exclude those drivers who are not in contact with their phone. However, photos that show suspected illegal behavior are referred for human verification. If the illegal behavior is verified by human eyes, an infringement notice is sent to the car’s registered owner with an AU$344 ($232) fine.

Some of the cameras will be permanently fixed on roadsides while others will be set up on trailers and moved around the state.

Police have said that so far this year, over 16,500 drivers in the state have been fined for illegally using phones. 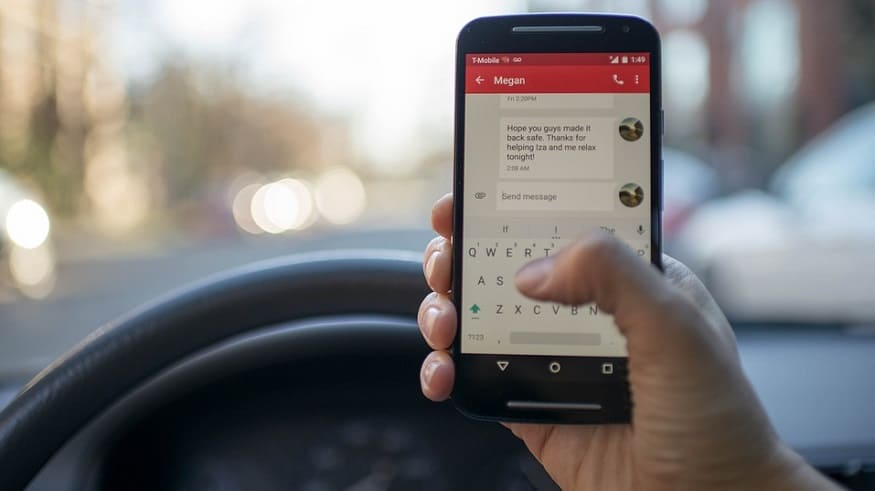 100 fatal and serious injuries over five years. Moreover, the government wants to expand its distracted driving deterrent program to 135 million checks a year by 2023.