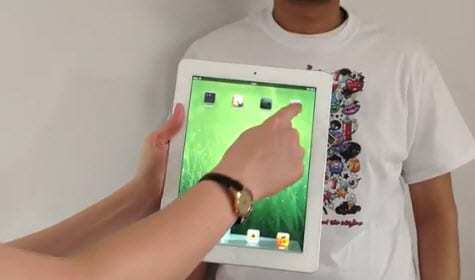 Technology start-up aims to expand the possibilities of augmented reality

In an attempt to expand the boundaries that have been erected around augmented reality, Different Dimension has built a robot called U-Tsu-Shi-O-Mi. The robot is designed with human interaction in mind; the machine itself is humanoid and is designed to mimic human mannerisms when it does interact with a person. While a fully functioning robot may be impressive, what is even more innovative is its use of augmented reality.

Machine can take on the visage of digital characters

Through the use of augmented reality, the robot can take the appearance of any virtual character. Different Dimension has developed its own persona that is projected onto the robot using augmented reality. Thus, when the robot is viewed through a mobile device, it appears as a virtual human. Using the company’s technology, the robot can adopt the appearance of any digital persona, famous or otherwise. Software from Different Dimension allows this digital persona to speak to the viewer. Coupled with the fact that U-Tsu-Shi-O-Mi can be physically interacted with, this is could mark a new era for augmented reality technology.

Company aims to push the boundaries of interactive technology

Because of the interactive nature of augmented reality, it has been widely adopted in the world of marketing and by the game industry. In this fields, the technology has provided consumers with a great deal of entertainment. Different Dimension believes that the technology has, however, been limited by its own success and is eager to show that augmented reality could have far greater uses that extend well beyond advertising and mobile games.