Augmented reality as a tool to stave off loneliness

Loneliness can be a serious problem that typically receives very little attention. Thousands of people around the world struggle with this issue, but the problem is most pronounced among those that have been hospitalized. Those that have been forced into hospitalization by serious illnesses or injuries must often contend with separation from their loved ones. In this case, loneliness can serve as an impediment to the recovery process, especially among hospitalized children that are unaccustomed to being separated from their parents for long periods of time. Augmented reality may be a tool that can help solve this issue.

Technology could be a major boon for children

Augmented reality is typically only seen in the fields of entertainment and marketing. The technology has proven that it can be very engaging to consumers due to its interactive and ever-changing nature. Over the past few years, augmented reality has been expanding beyond the boundaries of entertainment and marketing, establishing itself as a practical tool for practical purposes. As the technology continues to grow into new fields, its capabilities are becoming better understood, allowing ambitious developers like Joshua Barnes to develop innovative tools that could benefit others. 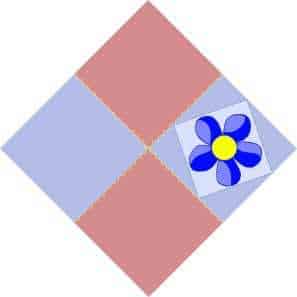 Joshua Barnes is one of five graduates that were selected by the United Kingdom’s Design Council, an organization devoted to improving the world through design. Barnes has developed an augmented reality quilt that features 20 squares that each have their own unique animal emblazoned upon them. These animals are not simply there for appearances, of course, as they can be brought to life through the use of the Aurasma mobile application. The app allows these animals to exist as augmented reality experiences and could be a powerful solution to the loneliness problem among hospitalized children.

Quilt could provide hospitalized children with a needed distraction

Barnes suggests that the augmented reality quilt can help provide hospitalized children with a sense of home, thereby easing the anxiety they experience during their stay in a hospital. The augmented reality animals themselves also offer some additional comfort as they provide these children with a semblance of companionship, allowing children to stave off loneliness by having something they can interact with in a dynamic way.