These applications provide considerable opportunities in areas such as animations, videos, and 3d models.

Retailers and other consumer focused businesses are placing an increasing focus on augmented reality, to be able to provide shoppers with an enhanced overall product and brand discovery and interaction experience.

This has caused the makers of apps that use this technology to experience a tremendous sudden growth.

Even the smallest augmented reality startups are finding that their business is doubling, tripling, or quadrupling throughout this year, due to the rising interest from large brands. This is especially the case in highly populated countries such as India, where smartphones have a considerable penetration. 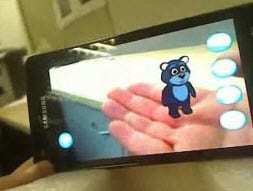 Companies have come to feel that the use of augmented reality boosts the interaction between consumers and products.

For that reason, it is often thought that the use of augmented reality in apps helps to create conversions more quickly and efficiently. They provide consumers with a considerable amount of interactive information and detailed data that can help to answer their questions as they understand the brand and products more thoroughly.

One example of this type of augmented reality growth was noted by a company based on Bangalore called Telibrahma. The chief executive officer of that company, Suresh Narasimha, said that “We have done more business in the past six months globally than in all of 2012.” That company has been selling AR apps to customers such as Samsung and Sony.

The sales of Telibrahma have had a recorded growth of 40 percent per quarter, and it is believed that the revenue of the company will reach $20 million within the next two years. Similarly, Blink Solution, a company that is only four years old, managed to secure a deal for its own augmented reality application for Cadbury, the confectionary giant. Within a period of only 5 days, the app was downloaded by 25,000 users.

Just the same, the KFC fast food Wow augmented reality app was among the most downloaded applications in the Apple iTunes food and drink category. This convinced the company’s India locations to place a greater focus on mobile and AR tech based opportunities.