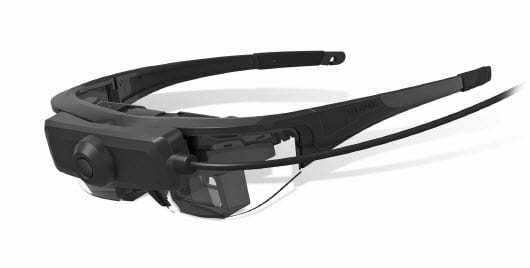 Next year is expected to come with a number of exciting new developments in AR technology and use.

Though augmented reality may still feel as though it is something that won’t happen until well into the future, it has already arrived in 2012, and by next year, it is expected to make an exciting splash.

It is predicted that the technology will become much more mainstream in 2013, for a number of reason.

Among the primary reasons that mobile commerce experts feel that augmented reality will be virtually everywhere next year is because AR glasses should become available by then. Whether the first company to release these revolutionary devices will be Google, through its Project Glass, or another competitor, this will help to throw the technology forward among consumers.

There have been several companies that have already come out with their augmented reality prototypes.

For example, Vuzix came up with their own monocular augmented reality prototype this past fall. It was unveiled at the InsideAR conference, where it was announced that it was designed for industrial use.

Similarly, Innovega came out with an augmented reality contact lens, which was very recently displayed at the 2012 Consumer Electronic show. That company is currently seeking the approval of the FDA. The researchers from the University of Washington have accomplished the display of a single pixel directly onto an eye – in this case, the eye of a rabbit involved in the testing of the technology.

That said, while all of these devices – including some from Oakley and Valve, which are taking part along with patent applications from Microsoft and Apple – may be developed within next year, it is unlikely that they will actually be available to consumers until 2014. The point is that the augmented reality technology will have leaped ahead dramatically and the public will become aware of it next year.

This is especially true as smartphones boost their augmented reality capabilities. Even while the glasses are not yet available, the more traditional devices will become optimized in order to display AR much more effectively, boosting consumer awareness and desire for the technology.