The concept is somewhat similar to the glasses that are becoming popular, only in the form of headgear.

While Google Glass has been one of the augmented reality products receiving the greatest amount of attention, this likely isn’t what is catching the attention of tech savvy motorcycle riders at the moment.

A motorcycle helmet has now been developed to make useful digital images visible to riders. 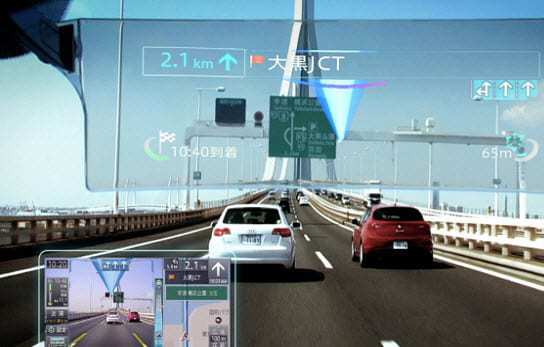 The augmented reality product was developed by a Moscow startup called LiveMap. This uses a motorcycle helmet that is equipped with a head mounted display, navigations that are built right in, and voice recognition that has been compared to Siri. The color display of the helmet is translucent so that when it is projected onto the visor in front of the center of the field of vision of the user, he or she can clearly see it, but it does not interrupt the view of the real world.

At the moment the augmented reality helmet is based on Android and is available only in an English language version. This limitation is likely only for the initial launch and more languages will become available over time.

Unlike other heads-up displays that are visor mounted and have been available for around ten years, the LiveMaps augmented reality display is entirely integrated and layers information in real space. It also includes a special light sensor that allows the brightness of the image to automatically adjust itself based on the external light conditions. It also has a digital compass to track the movements of the head, in addition to a gyroscope and accelerometer.

Maps can also be displayed in the augmented reality helmet, but they are shown only when the speed being travelled is nearly zero, because the designers were highly conscious of potential distracted driving issues.