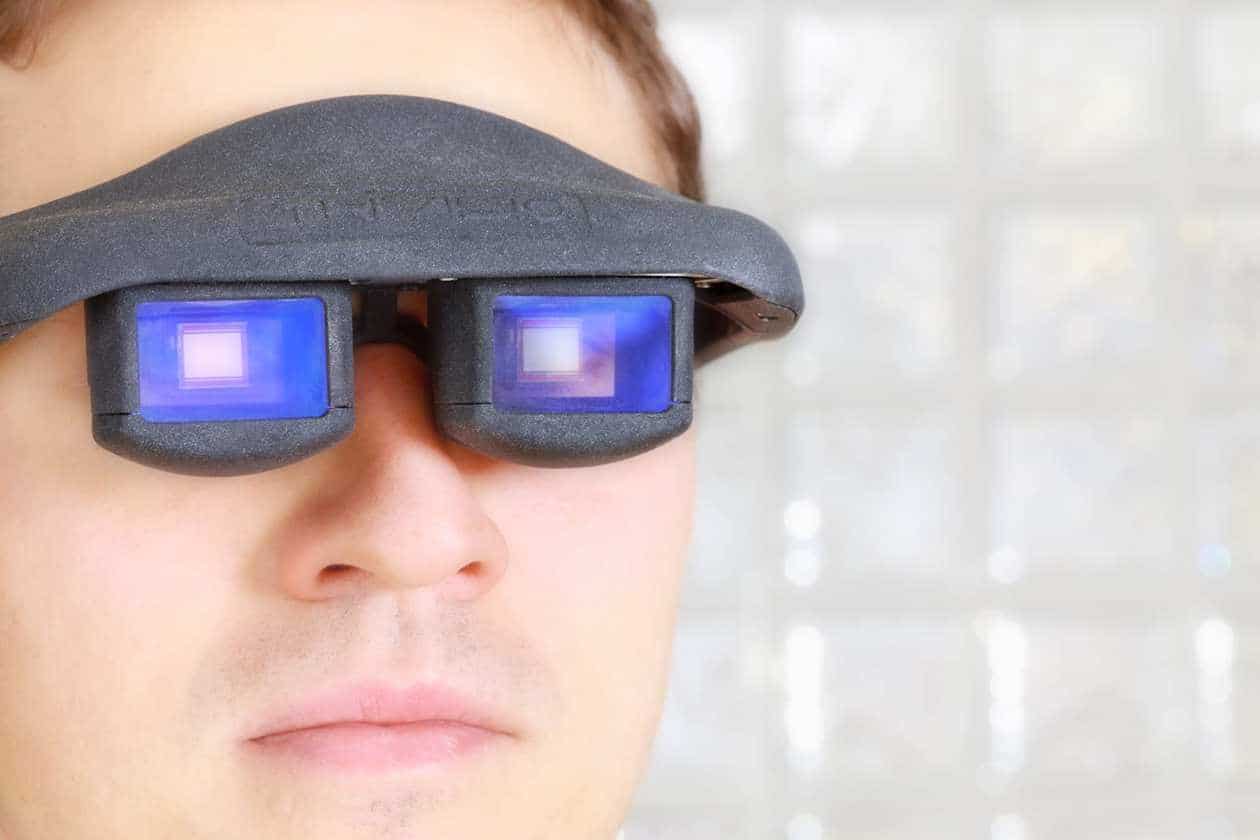 The display is controlled by the movements of the wearer’s eyes.

A new display device which has been compared to Google Glasses has brought augmented reality to a whole new level, as the act of selecting options and turning pages no longer needs to be performed using the hands.

Now, it is the eyes that are in control of the display when using these futuristic glasses

The design of the device completely frees up the hands of the wearer by allowing him or her to view instruction manuals, read books, view images, examine maps (and other visuals of up to 3 feet in size). All of these displays are projected in front of the wearer, who controls this augmented reality display using eye movements.

This augmented reality device uses a chip that is less than half the size of a postage stamp.

To use the eyes to change the display, the wearer simply has to use his or her eyes. For example, to turn a page within an augmented reality book, he or she must look at an arrow for the direction that the page must turn (forward or back).

According to Rigo Herold, the project manager for the company that has developed these data glasses, Fraunhofer Center for Organics, Materials and Electronic Devices Dresden, “The data glasses allow us to see the real world in the normal way, while at the same time registering our eye movements with the camera.”

By using eye movement for control, it means that the augmented reality device wearer will have his or her hands free to take part in work in the real world. It has been suggested that this can be very useful for tasks such as surgeries that take hours of complex procedures, or in American military mechanics, when armored vehicles are being repaired.

The augmented reality glasses technology may also help to indicate the direction that Google Glasses may one day take. The internet search giant’s head worn display still required some level of hand control, but Google has patented a technology for eye tracking for its own product.

When discussing the two types of augmented reality glasses, Herold explained that “Despite the fact that Google’s data glasses, for instance, might be a little more stylish in appearance, navigating through the menu still requires using joysticks, whereas our glasses do not.”