Google Glass, the company’s ambitious augmented reality glasses project, has hit a snag in the United Kingdom. The Department for Transport has targeted Glass as a potential danger to drivers. The government agency may move to ban drivers from using Glass while operating a vehicle. This is because the device can be considered a major distraction to drivers due to its various augmented reality features. Whether Glass will be banned, however, has yet to be determined.

Glass may serve as a distraction for drivers

Glass is very similar to a conventional pair of glasses, with the most significant difference being its use of augmented reality. Glass uses this technology to literally change the way people see the world around them. The device is capable of superimposing digital images over the real world and can be used by consumers to access digital content that is associated with marketing campaigns or simple entertainment. Glass will also be able to provide users with directions in a way similar to conventional GPS devices. 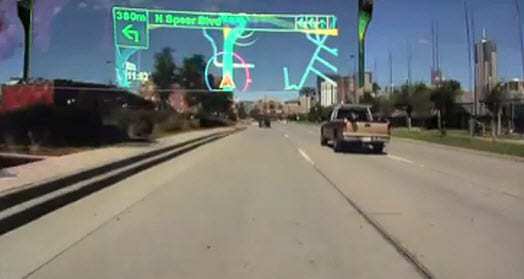 The Department for Transport notes that it is important for drivers to devote their full attention to the road. A device like Glass could serve as a major distraction and could eventually lead to traffic accidents that result in serious injury or death. Glass is not being singled out, of course, as the agency has concerns regarding smartphones and tablets as well. The agency is currently in discussions with law enforcement in order to form a better understanding of the potential risks that Glass could represent.

Google has tentative plans to launch Glass in the United Kingdom in 2014. Should the Department of Transport consider Glass to be a serious threat because of its augmented reality capabilities, Google may have time to introduce some new safety features to the device. One such feature could make Glass inoperable if it detects that it is being used by a driver while they are operating a vehicle.