A new product called Smartspecks is meant to give Google Glass a run for its money.

While Google Glass has been working very hard to position itself as the leader of the augmented reality glasses market, some serious competition has started to move in, which has decided to price its devices at a considerably lower amount.

Smartspecks have joined in the marketplace among the others that are competing with Google Glass.

These augmented reality glasses by LaForge Optical will have an original version available for $200. That said, the price will be around $400 through Kickstarter. This product takes a very different shape from those of Google Glass, despite the fact that both of these mobile devices allow the wearer to access the internet through a display that sits on the face. In the case of this less expensive competition, the gadget is in the shape of actual eyeglasses with frames and lenses.

These augmented reality glasses have been making quite a splash, even appearing on a popular sitcom. 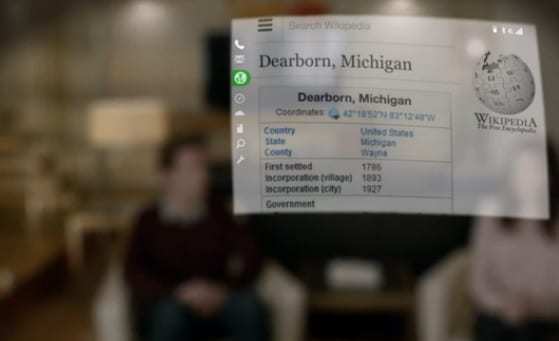 As described by the LaForge Optical CEO, Corey Mack, “Our smartspecks use a custom frame that has the electronic components, such as the battery, display and bluetooth antenna embedded within it. We also use a custom lens that can be cut to nearly any shape and allows users to see the information on the display in front of the user.”

In a recent episode of “The Crazy Ones”, entitled “Love Sucks”, the characters in the popular sitcom which stars Robin Williams and Sarah Michelle Gellar, worked on a marketing campaign for the product, describing what it can do. They also used these augmented reality glasses later in the show in order to receive video calls and to access information on Wikipedia during a conversation.