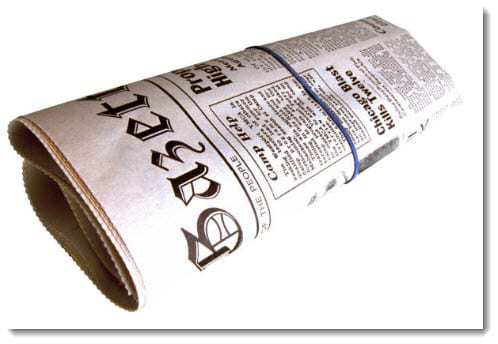 Augmented reality could provide news organizations with the clout they need in order to remain relevant to modern consumers, especially in regards to print. The advent of mobile technology has put a heavy strain on the publishing business. More consumers are using their mobile devices to find content online, rather than purchasing physical books and newspapers. Though mobile technology is one of the reasons print has been suffering lately, it may also be the thing that saves the print business, especially for news outlets.

In the U.S., more news organizations are turning to augmented reality to attract readers to physical media. Earlier this year, the LA Times made use of the technology to develop a campaign that provided readers with updated information concerning the 2012 Olympic Games in the United Kingdom. The LA Times saw a boost in sales of physical publications, which has encouraged the company to throw more support behind the use of augmented reality.

Augmented reality technology can take mundane, static content in a physical medium and enhance it through the use of digital experiences. Using a smart phone or similar mobile device, consumers can access these experiences. Many people have praised augmented reality for its dynamic nature and the technology has helped attract more attention to traditional mediums, such as magazines, newspapers, and even books. News outlets stand to gain a great deal in the way of engagement through the use of augmented reality as the technology can open a gateway for constant connection between a news group and consumers.

News could benefit through the use of mobile technology

News outlets that make use of augmented reality could provide breaking coverage on a wide range of subjects to consumers. These consumers could easily access this coverage, which could take the form of a video or simple text article, using their mobile device. The content would be superimposed over the real world environment, allowing consumers to experience this content wherever they may be.