A surgical team from the University of Alabama at Birmingham has successfully conducted their first procedure using augmented reality and Google Glass. The augmented reality software used by the team was developed at the university itself and is called Virtual Interactive Presence in Augmented Reality (VIPAAR). The technology is designed for real time, two way communication, but the surgical team has shown that it can be used for much more than that.

The practicality of augmented reality is often debated. The technology has long been restricted to the realms of entertainment, gaming, and marketing. In these fields, the technology has done quite well, helping create dynamic experiences that have been well received by consumers. Augmented reality can be used for purposes beyond entertainment, of course, but its practical uses have yet to become fully understood or explored. 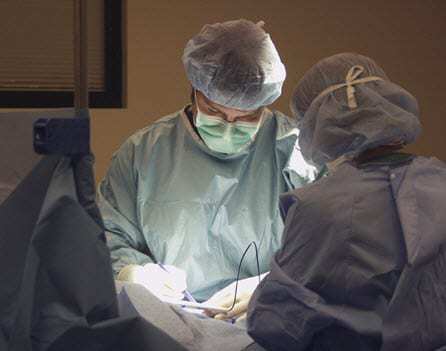 Using VIPAAR, orthopedic surgeon Brent Ponce and Phani Dantuluri were able to communicate with one another even though they were in different states during the surgical procedure. Using Google Glass, Ponce was able to send a live video feed to Dantuluri, who would then be able to interact with the image through the use of augmented reality technology. Dantuluri’s interactions would be displayed to Ponce through the heads-up display of Glass. This method could potentially unlock new ways to train future surgeons.