Mountains worldwide have been experiencing a recession of their snow cover for decades.

Artificial intelligence modeling is being used to map out the details of what mountain hikers and climbers have been experiencing for years as they have been working with record high temperatures.

According to AI models, mountains around the globe have been losing their snow cover for forty years.

The rising temperatures have made for receding snow cover as well as less predictable conditions, as was the case last July when a substantial chunk of the Marmolada Mountain Glacier broke loose and killed eleven hikers who were out in record-high temperatures. The chunk of glacier broke off because of a combination of a snowfall decline and high temperature, causing it to shrink. This same effect also caused the Po River to dry out. The Po is the longest river in the country and is the most critical to both hydroelectric power and agriculture. 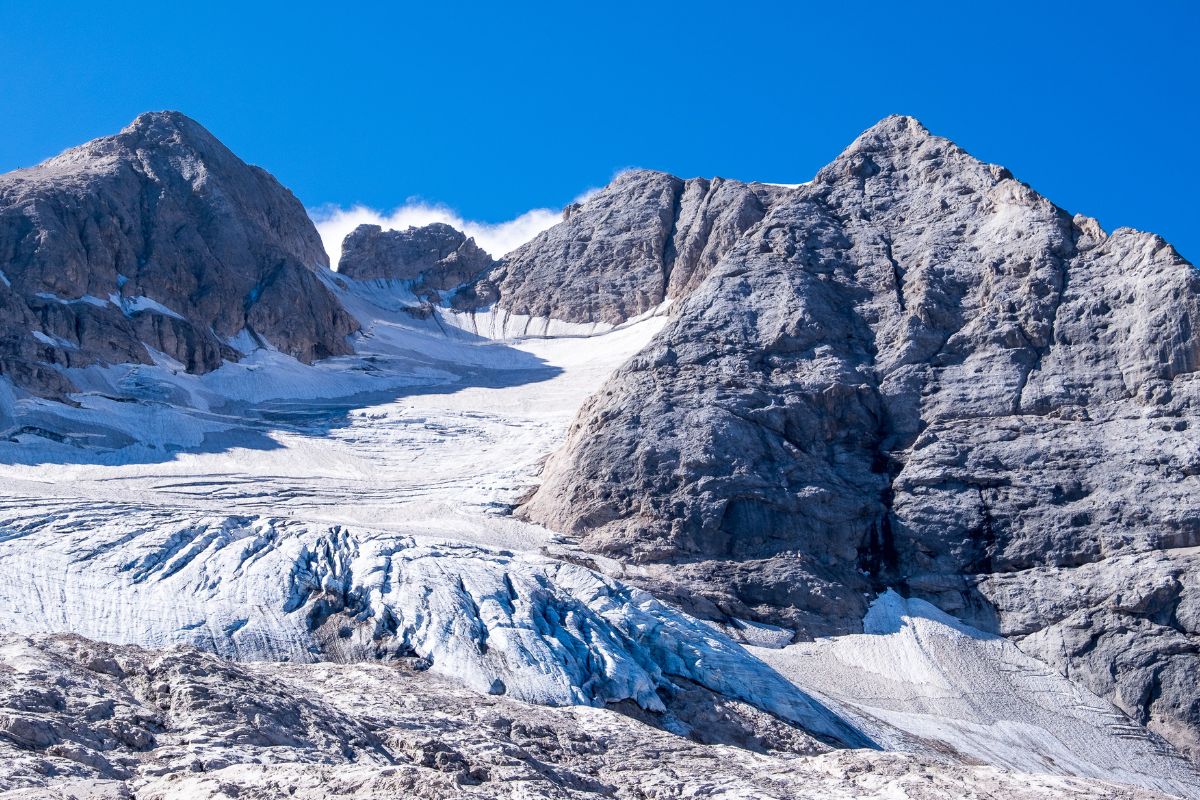 The UN issued a warning about melting glaciers worldwide at the COP27 climate change conference in Egypt. This warning included the prediction that the last glacier in Africa will be gone by 2050.

Artificial intelligence and modeling are being used by Bolzano researchers in conjunction with the Eurac private clean energy research group to generate the long-range view of the way snow cover is already changing worldwide.

That study showed that worldwide, the snow cover has been decreasing for the last 38 years. The per-year average is four percent less mountain area covered in snow and 15 more days that are entirely snow-free per year.

In the Rocky Mountains, for instance, the study determined that there were as many as 30 days without snow in certain areas and at certain times, with a small rise in snow levels in tiny micro-climates.

“The warming of the minimum temperature, as well as decreasing in winter precipitation and more [rain] … can make the melting phase faster,” explained the snow cover artificial intelligence and modeling study’s leader Claudia Notarnicola, a scientist from the Institute for Earth Observation at Eurac. “The strongest effect we see is the anticipation of the melting season, [spring temperatures] coming earlier.”