Recent reports have been indicating that hackers could gain a great deal of information through these quick response codes.

Many travelers have been enjoying the ease and efficiency associated with the use of QR codes that are either printed on boarding passes or that are displayed on smartphone or tablet screens in order to use those devices as digital versions of the passes.

However, reports are starting to show that they might not provide the level of security that people believe.

The issue isn’t in the use of the QR codes themselves for boarding a plane. The problem seems to lie in the way that people are not protecting those documents and by the amount of information they can reveal to someone else if they obtain them. Passengers could drop a boarding pass, forget it on the plane itself, or simply drop it into a garbage can as they make their way through the airport when they have received their destination. These are all common occurrences, but the fact that the quick response codes are printed on them could be presenting somewhat of a risk to their personal information.

The reason is that a hacker can pick up discarded boarding passes and can scan the QR codes for information. 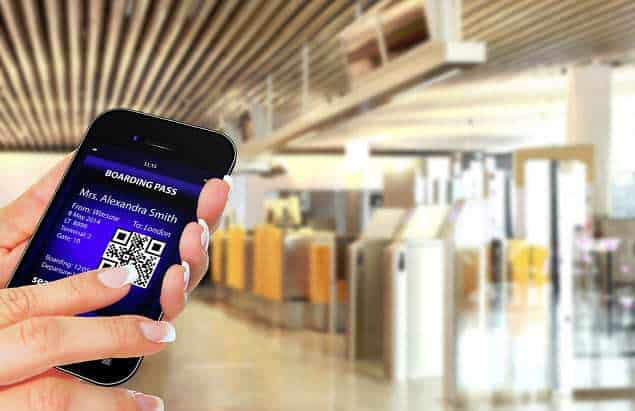 Scanning is a very simple process and can potentially provide access to the traveler’s phone number, flight information and frequent flyer number. That data, particularly combined with the name of the traveler – which is also printed on the boarding pass – can be used to access an account so that a PIN can be reset.

This problem worsens when taking into consideration the number of people who excitedly snap a picture of their boarding passes – including the QRcodes printed on them – and post the images on their Instagram or Facebook accounts as a visual part of a declaration that they’re headed away to somewhere fun. These quick response codes can be scanned from a mobile device or computer screen, too, meaning that anyone who can gain access to the pictures in a social media account will also be able to scan the codes.

To protect themselves, consumers are advised to simply refrain from taking a picture of their boarding passes and to keep track of the paper document when they travel. It is recommended that it not simply be abandoned once it has been used. Dispose of it properly, ideally through shredding.