A massive survey of 1.2 million Chinese iPhone owners shows they would switch brands.

A huge survey conducted with the participation of 1.2 million Chinese iPhone owners showed that Apple use in China would fall by 95 percent if Donald Trump’s executive order is implemented.

The iPhone owners stated that they would rather switch smartphone brands than go without WeChat.

The survey was conducted following an executive order from US President Donald Trump which would ban American companies from transacting with Tencent, the owner of WeChat. That said, this survey’s results show that the impact of the executive order would be harmful to far more than just the Chinese tech giant.

If Apple use in China tanks, it would pull the largest smartphone market in the world out from under the American premium tech brand.

“iPhone loyalists across China are now reconsidering their attachment to the device after Donald Trump issued an executive order last week barring US companies from doing business with WeChat,” reported Bloomberg.

The survey indicated that the WeChat ban would make Apple use in China unappealing.

Essentially, the ban is asking Chinese iPhone users to choose between their smartphones and the app, and 95 percent of the respondents (as of the time this article was written), were choosing WeChat. The ban would require many Chinese smartphone users to switch to brands other than those based in the United States because “WeChat is really important for us,” explained Sky Ding, a Hong Kong fintech employee originally from Xi’an, as reported by Bloomberg.

Hong Kong resident Kenny Ou said that the ban would “turn iPhones into expensive ‘electronic trash’,” since WeChat is widely viewed as one of the most essential apps for a Chinese smartphone user.

WeChat currently boasts over a billion users. It is the most popular and influential app in the country. If Apple use in China would require users to be without the application, iPhones would suddenly feel 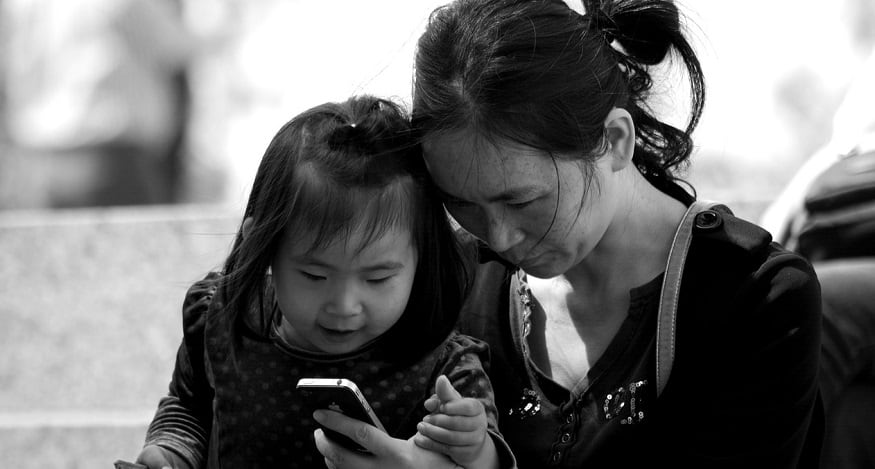 useless to many owners, according to the survey, and they would abandon the devices in favor of alternatives that would let them continue using the ubiquitous WeChat app.