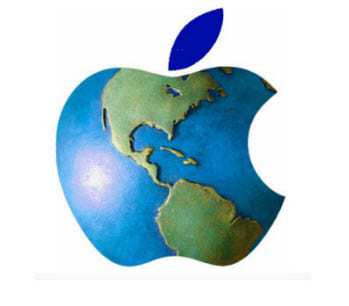 Apple has set its sights on augmented reality for the future. The acclaimed technology company has long been a leader in the realm of mobile technology, but was dethroned last year by its staunch competitor Samsung. Google has also become one of the strongest competitors to the company, partly because of its ambitious work in the field of augmented reality. In order to reclaim its position as a leader in mobile technology, Apple has been investing more heavily into augmented reality to produce new systems that could, quite literally, change the way people see the world.

Apple has been awarded a new patent from the U.S. Patent and Trademark Office this week. The patent covers an augmented reality system that is capable of identifying objects in a live video stream. The system will present information concerning whatever it recognizes as a digital display that will be layered over the real world environment. The patent suggests that the augmented reality system will be designed specifically for mobile devices, thus making it a possible feature of future iPhones or iPads.

Most augmented reality systems typically deal with static content, such as pictures in magazines or stationary objects in the real world. Using a mobile device’s camera, some of these systems can recognize these objects through image recognition technology. This helps initiative augmented reality experiences that are superimposed over the real world environment. It is difficult for most conventional augmented reality systems to recognize objects in live video, but not entirely impossible. If Apple can successfully develop an effective system, they may be able to win over consumers that have become disillusioned with the company.

The patent was first filed in 2010, but was only awarded to Apple this week. There is no information concerning when Apple plans to release an augmented reality system of any kind. Currently, there are rumors suggesting that the company is working on a line of smart watches that make use of the technology.