Apple is looking to release its mobile payments service, Apple Pay, in China in the relatively near future. The company is reportedly in negotiations with four of China’s largest banks, including Bank of China, and the Industrial & Commercial Bank of China. If Apple can form a deal with these financial institutions, iOS consumers in China will be able to use Apple Pay to purchase products, both in physical stores and online.

Apple Pay was launched last year, but has yet to find mainstream success. The service is only available to those with NFC-enabled iOS devices, which are still somewhat rare in the commercial market. These devices are able to transmit data over short distances through the use of NFC technology. Apple Pay has helped make mobile payments more accessible to many consumers, but the lack of available NFC-enabled devices has left many iOS users without a way to participate in mobile transactions, relying on other services not provided by Apple.

China continues to grow as a major mobile payments market 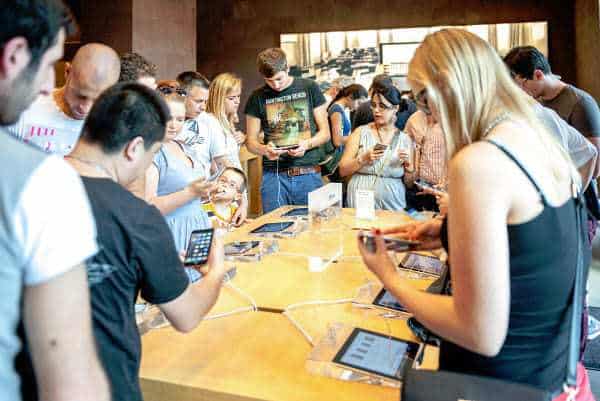 China has become one of the world’s most prominent and fastest growing mobile payments markets. Consumers throughout China have become heavily involved in mobile shopping, using their smartphones and tablets to shop online and in physical stores. Retailers in China have found a great deal of success by engaging mobile consumers and the country’s banks see significant promise in further facilitating the growth of mobile payments. While banks may be interested in mobile payments, there is no guarantee that they will support Apple in bringing its new service to the country.

Apple Pay is slated to come to Canada, Australia, Spain, Singapore, and Hong Kong, per deals that Apple has made with financial institutions in those countries. Apple is quickly becoming one of the largest players in the mobile payments space, but still faces significant competition from various other companies that have already established a foothold therein.