A new application for Google Glass could change the way people take pictures with a mobile device. The new app is called MindRDR and is developed by This Place, a firm based in the United Kingdom. The app makes use of a biosensor that is designed to measure signals from the brain. These signals are then translated into commands that tell Glass how to operate. Such an app could change the way people use Glass in the future.

For now, the application only allows Glass users to take pictures using nothing more than a thought. The person wearing Glass has to concentrate on the act of taking a picture and the app will translate the user’s brainwaves into the appropriate command. There are no voice controls and no physical interaction is necessary. Without a biosensor, however, the application is not able to accomplish its task of turning thought into action. 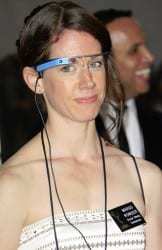 The app is still in early stages of development, but This Place believes that it has a great deal of potential in the wearable technology space. Being able to control a mobile device without having to speak to it or touch it is a major breakthrough in software and this breakthrough could pave the way for future applications that make mobile technology much more user friendly and intuitive.

Market for wearable devices is growing at a rapid pace

Glass is currently one of the most widely recognized mobile devices in the world. It serves as an example of the potential of wearable technology and its capabilities. Google is not the only company working on releasing a wearable device in the near future, of course, and the market for these devices is growing quickly. Consumers have become quite enthralled with the idea of what wearable devices can accomplish and many people seem eager to get their hands on these devices as soon as possible.